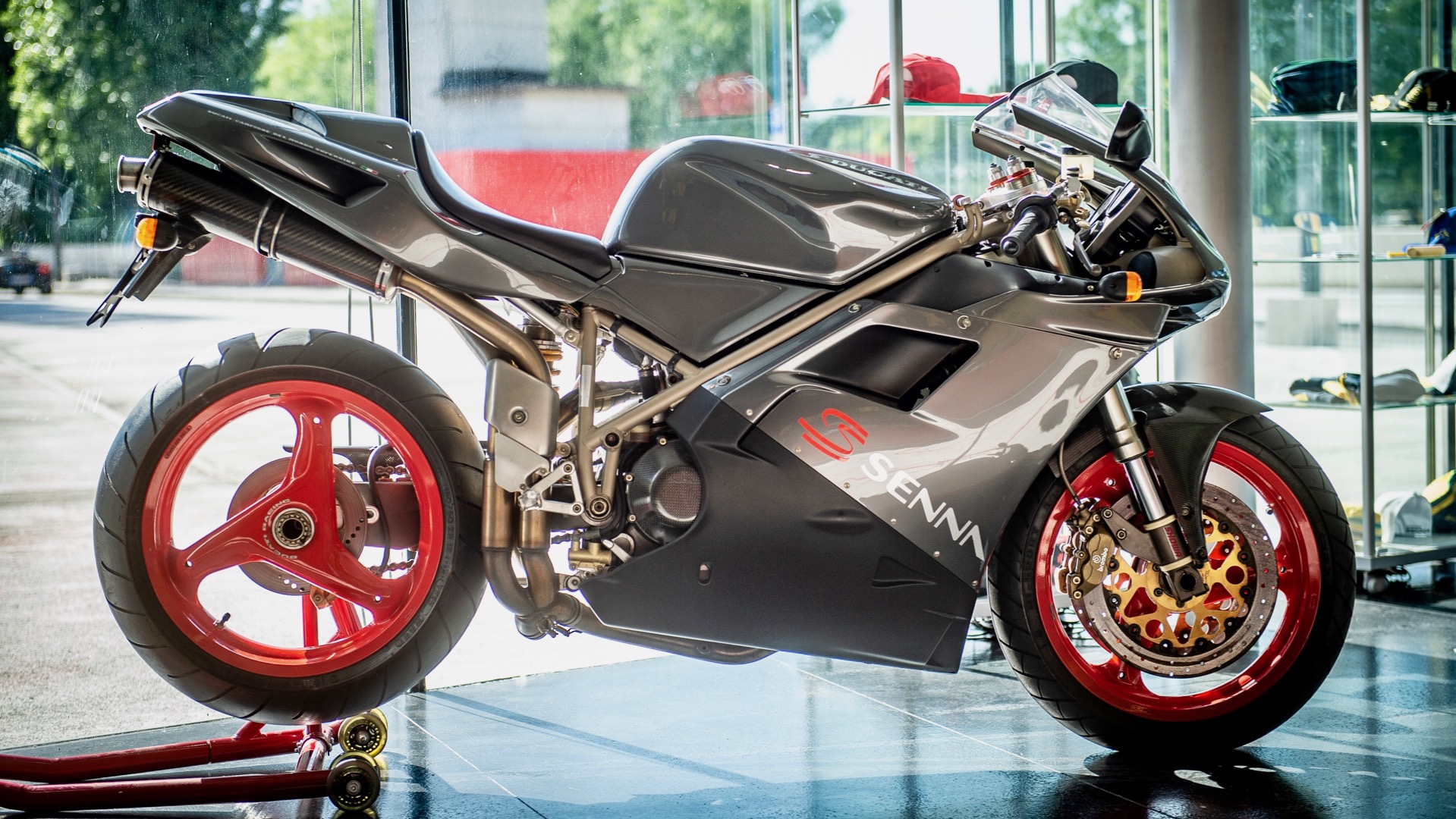 Splendid, captivating and seductive. Terribly modern. Different from everything that had been produced up to that point.

When Ducati unveiled its last creation at the end of 1993 at the Milan Motor Show, everyone was left speechless.

From that moment on, the number of admirers of the 916 – Massimo Tamburini’s timeless masterpiece – never stopped growing, making this wonder, the result of six years of hard work by the Rimini designer, the most admired and desired bike ever.

An exceptional character soon became part of it. One who really knew about the legend, having written and rewritten several times, even before becoming its greatest legend, the history of Formula 1: Ayrton Senna.

The owners of Ducati at the time were the Castiglioni brothers, Claudio and Gianfranco, who also already owned the Cagiva group. A great fan of Formula 1, Claudio got to know about Ayrton Senna, a very popular multi-champion in the Brazilian world. Senna, in turn, loved to ride on two wheels and was himself a proud owner of an 851 – the first model built in Borgo Panigale under the Cagiva ownership – and a Monster. From their joint passions a profound friendship was born. At the beginning of 1994, the year when Senna moved from McLaren to Williams, Castiglioni had the opportunity to show his friend Ayrton the newly created street Ducati. Senna was struck by its shape, and the two immediately understood that the 916 was the perfect bike to follow up on a project already in the pipeline for some time: combining the Ducati brand with the name Senna.

Senna, who was born into a wealthy family and grew up in a country that was profoundly unequal, wanted to do more to give a chance to those who had never had one in life. And so, after so many years of anonymous donations, he opened a foundation that bore his own name: in this way every object, every initiative that used the exclusive “Senna” brand name, would have paid royalties to the foundation, which in turn would have used the resources to finance his charitable works.

The generous Castiglioni was happy to get behind his friend’s cause. In March 1994, during a pre-season session of tests at the Imola circuit, Senna signed a contract that linked his name to Ducati. The production of 300 exclusive specimens of a special version of the 916 SP (the track configuration of the 916, with a more powerful engine and racing-type components) was announced, set up with a red and anthracite graphic chosen personally by the Brazilian ace.

The bikes went like hot cakes. After only three weeks after the announcement, reservations were sold out. The start of production was set for June-July, but the tragic accident at the San Marino Grand Prix on 1 May caused it to shift a few months. The bike was officially presented at the Bologna Motor Show in December 1994, in an event / tribute attended by Claudio Castiglioni, Formula 1 drivers Jean Alesi and Pier Luigi Martini, and Viviane Senna, co-founder along with his brother Ayrton – today president of the foundation.

It was such a success that a II and III series of the 916 Senna were also produced, in 1997 and 1998, with 300 copies and colors chosen by Senna’s younger brother Leonardo. In 2013, however, a little less than twenty years after the death of Ayrton, a Panigale 1199 S Senna was produced for the Brazilian market, in 161 copies: the number of races Senna took part in his career in Formula 1.

Seeing the legend with your own eyes: the emotion of the 916 Senna at the MAICC. 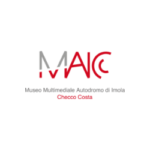