Superbike and La Notte Rosa: great success with the public at the Misano World Circuit. 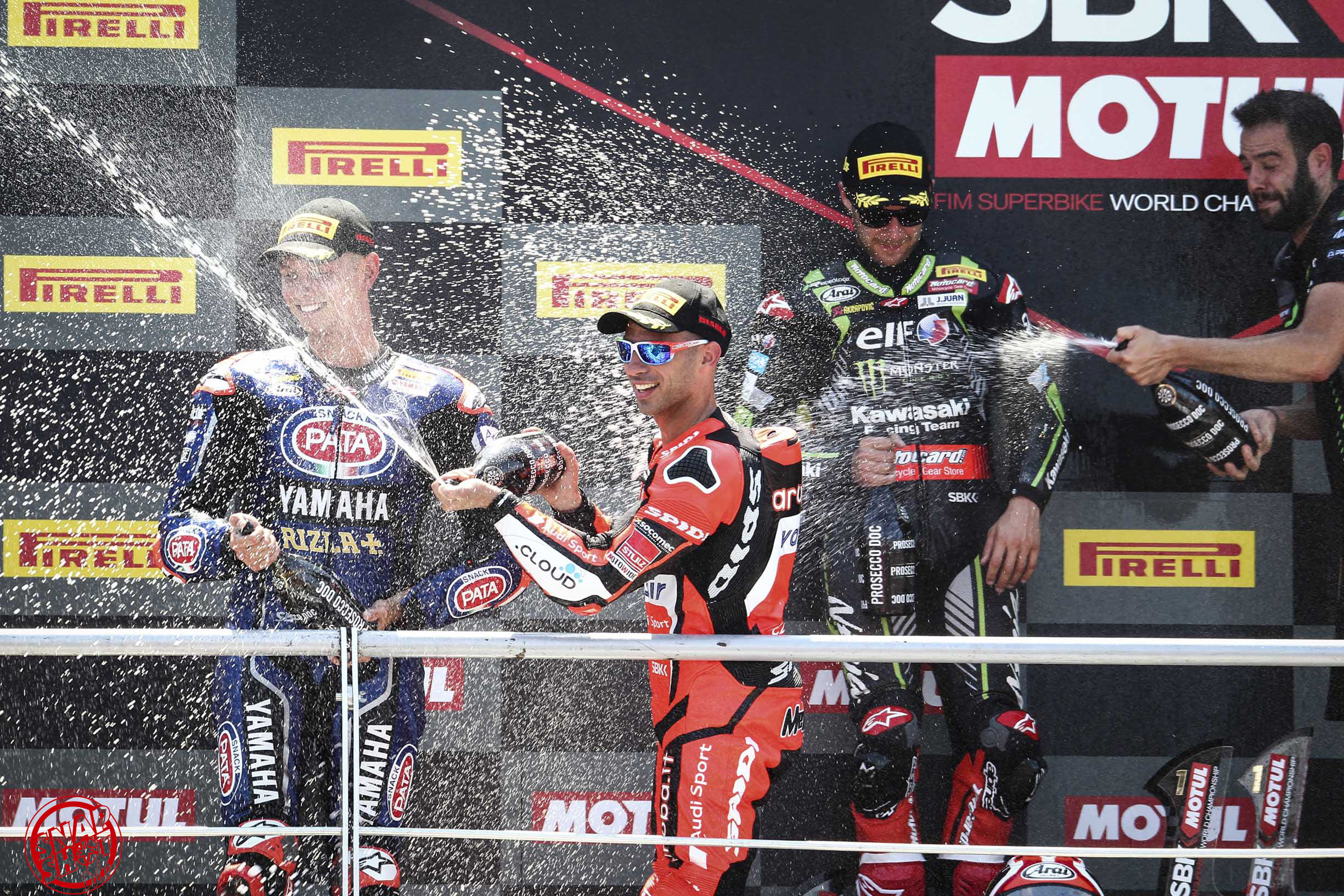 Another spectacular weekend has just ended at the Misano World Circuit, which saw the extraordinary cohesion of two very hot events: the Rimini Pirelli Riviera Round Motul WorldSBK and La Notte Rosa, for a mix of motorsport and fun without precedent.

The ninth round of the World Superbike championship saw once again the extraordinary performance of the Briton Jonathan Rea, who again won both race 1 and race 2, further extending the overall classification.
The first race ended with his Kawasaki number 1 in first place ahead of Chaz Davies who lead his Ducati to the comeback after a great start, in third place Laverty on Aprilia.
From seventh place, Marco Melandri redeemed himself in race 2, finishing on the podium, with an exceptional third place, behind van Der Mark on Yamaha. Rea's victory in the Sunday race was incredible, as the Kawasaki rider started from ninth position.

At the age of 18, the Roman Manuel Bastianelli won the Supersport 300 race, passing Perez and Gonzalez on the finishing line. Luca Bernardi from San Marino came in fourth place - an excellent result.

Last but not least, the Sock1000, marked by the success of Markus Reiterberger, commanding the race right from the first corner, ahead of the German Maximilian Scheib and Riccardo Russo.

Fans loved the Superbike and The Pink Night combo with a super successful Pink Night SBK Happy Hour that allowed fans to enter the paddock of their favorites with a special ticket.
The final result was excellent, with over 68 thousand fans, who participated in the activities of the Misano World Circuit, celebrating New Year's Eve with the motto: Pink Your Life.

Following the success of the Pirelli Riviera of Rimini Round of the Motul WorldSBK, the motoring world is getting ready for another great appointment in July: from 20 to 22 July the World Ducati Week hits off with over 80,000 Ducati fans expected from all over the world, as well as the ELF CIV from the 27th to 29th of July with Riders' Land riders racing on the track.