A temporary exhibition at the Ducati Museum for 20 years since Troy Bayliss's first world title. 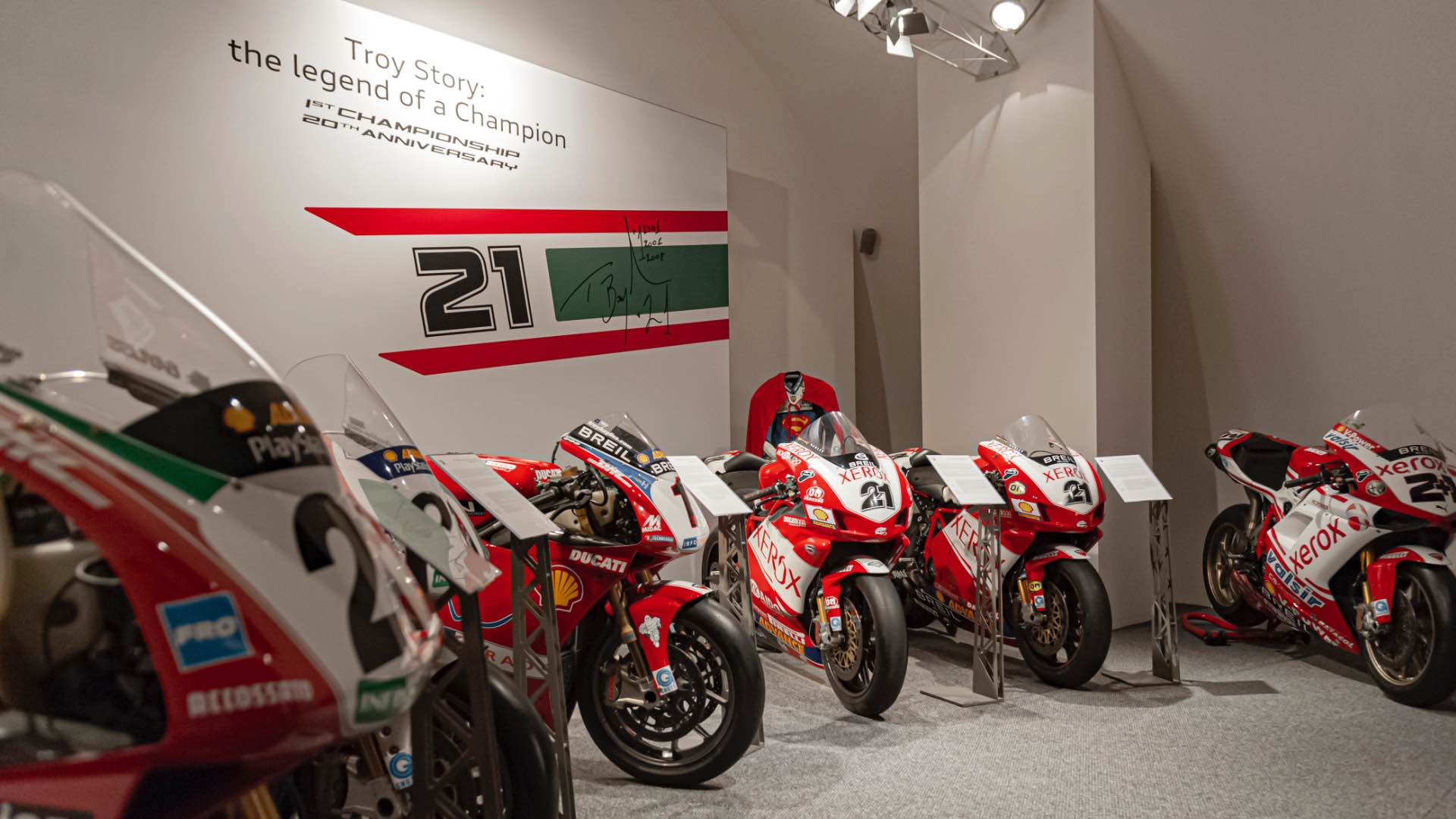 The Ducati Museum has finally reopened to the public on Fridays, Saturdays and Sundays. One week after the resumption of the visits for the public, Ducati also inaugurates a temporary exhibition “Troy Story: The Legend of a Champion” dedicated to Troy Bayliss, three-time World Superbike champion with Ducati. It is precisely to celebrate the 20th anniversary of that first world title in the 2001 Superbike championship, that Ducati has set up a temporary exhibition in the Ducati Museum with new and exclusive content for its fans near and far. The date of 21 May, chosen for the reopening of the Ducati Museum, is not accidental. As Ducatisti and all motorcycle racing fans will certainly remember, on 21 May 2000 a still virtually unknown Troy Bayliss accomplished a feat that turned him overnight into a motorcycling legend in the hearts and memories of all Ducati and Superbike fans: his amazing quadruple overtaking move at the Monza circuit. That day Troy was taking part in the race as a replacement rider for Carl Fogarty who had been injured at Philip Island and, after this epic feat, Ducati decided to let him finish the championship on the factory 996R. That year he finished sixth (243 points, 2 wins and 7 podiums), but he earned his place as factory rider in the Ducati Infostrada team. He won his first WSBK title in 2001, stepping onto the podium 15 times. All those who can visit the Museum will have the opportunity to admire the bikes with which the Australian champion has written some of the most amazing chapters in the annals of motorcycle racing:

For all those who cannot yet come to the Ducati Museum, an in-depth study dedicated to Troy Bayliss's career is planned during the "Ducati Museum Online Journey", the online tours of the Ducati Museum that allow you to retrace the history of the company via a PC, tablet or Smart TV. The temporary exhibition "Troy Story: The Legend of a Champion" will remain at the Ducati Museum until 19 September 2021, with the sole exception of the days between 1-4 July, when the bikes will be exhibited in Modena at the 2021 edition of Motor Valley Fest.