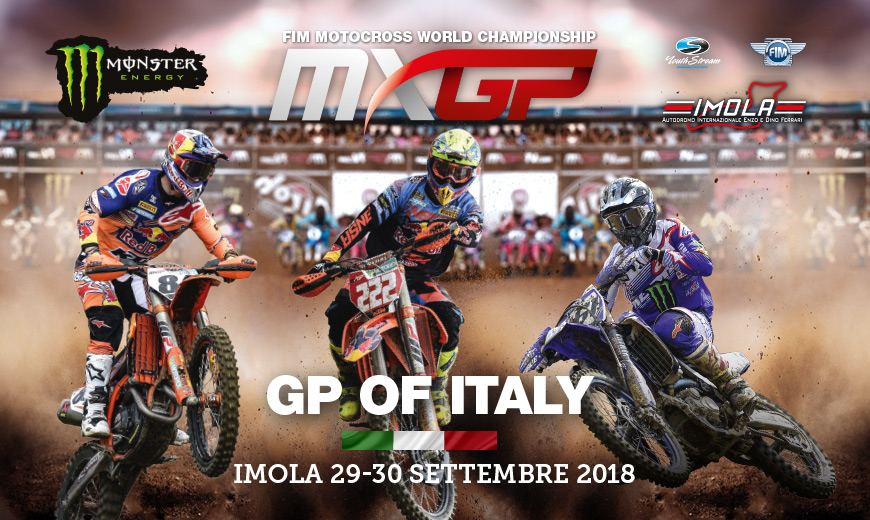 On the 70th anniversary of the first international race in Italy, held in Imola within the Parco delle Acque Minerali, the big cross returns with a dispute in the last round of the MXGP World Championship. On a spectacular track, built between Paddock 2 and Collina della Rivazza, big names of the championship will battle it out to win. The spotlight shines on the very champion Tony Cairoli, who this year goes on the hunt for his tenth world title, and among his most credited rivals, Jeffrey Herlings and Tim Gajser. Do not miss the great challenge for women, with five-time world champion Kiara Fontanesi who will do everything to get on the top step of the podium in the home race. The program is completed by the European 250 and the final of the Yamaha Trophy.