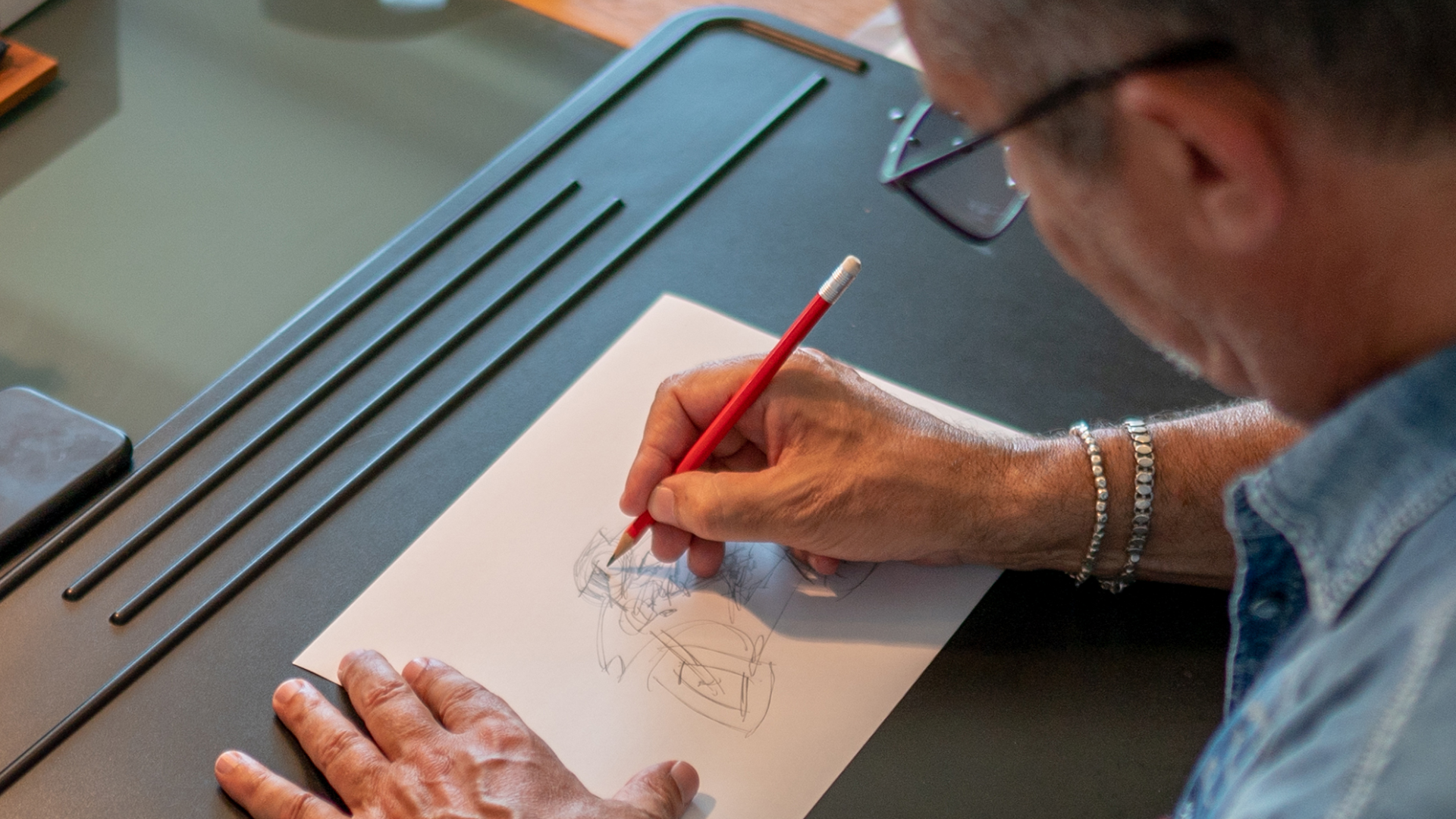 Humans of Motor Valley: Aldo Drudi and the colours of the Land of Motors.

He made his debut with Graziano Rossi, Valentino’s Rossi’s famous father, when he personalised what would later become the first racing helmet he painted using a watercolour technique. From the creative mind of Aldo Drudi, designer and graphic designer from Romagna renowned for putting colour to speed, helmets, posters, overalls, curbs and roads to escape to, transforming them into tools to tell the story of the Motor Valley, and the spirit of its champions who compete in the most important Motorsport competitions.

I got super passionate about motorcycling, I painted my own helmet, then I met Graziano Rossi and he said to me: “You have a really nice helmet you know, why don’t you paint mine for me too?” And that’s where the story of Drudi Performance began. 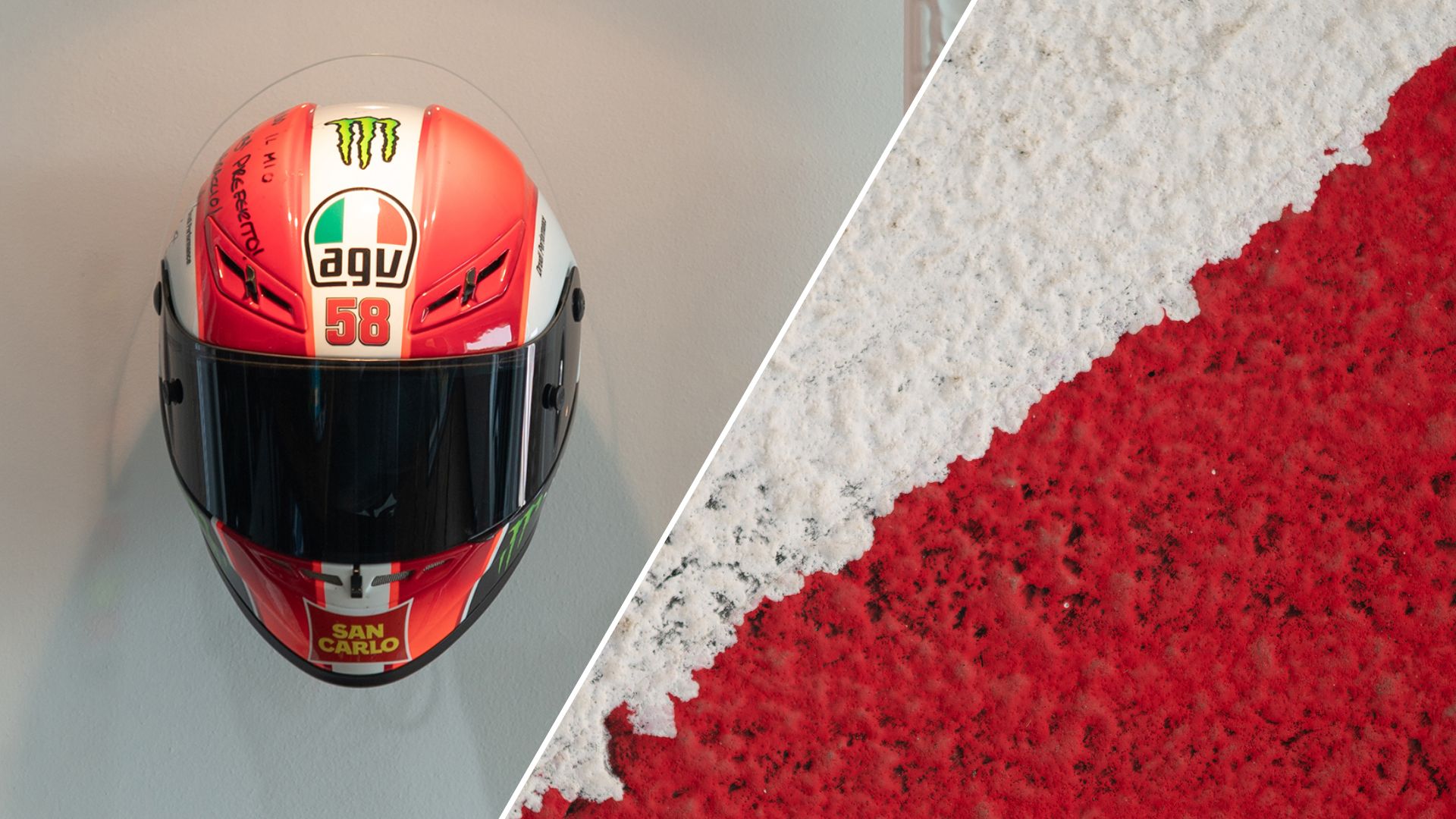 He’s famous all over the world for painting Valentino Rossi‘s world championship helmets, but the work of Aldo Drudi and Drudi Performance is not exclusive to the world of two-wheels. Druid’s legacy expands to other areas including fashion, nautical, aeronautical and even urban planning such as his exhibition in Viale Ceccarini, Riccione funded by local authorities to tell the story of this magical area around the Marco Simoncelli Misano World Circuit in Emilia-Romagna which as nurtured such huge Italian and international motorcycling talents.

Aldo Drudi and the genesis of his colors

You can find all the primary colours, the ones that can be found in nature, in the sea that surrounds us, and in the sky – all the shades of blue.

According to the designer, his passion for speed, the reoccurring theme in all his works, was honed in the Land of Motors, and was something bigger than just him. Something that, in an almost ancestral way, has always been inside not just him but also the majority of people born and raised in the Motor Valley. Something that binds them almost indissolubly to an area, creating a special bond.

My relationship with this land is so strong. I have never thought of living anywhere else. Never, ever. 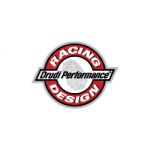