At the Autodromo internazionale Enzo e Dino Ferrari, the ACI Racing Weekend is back in the spotlight. 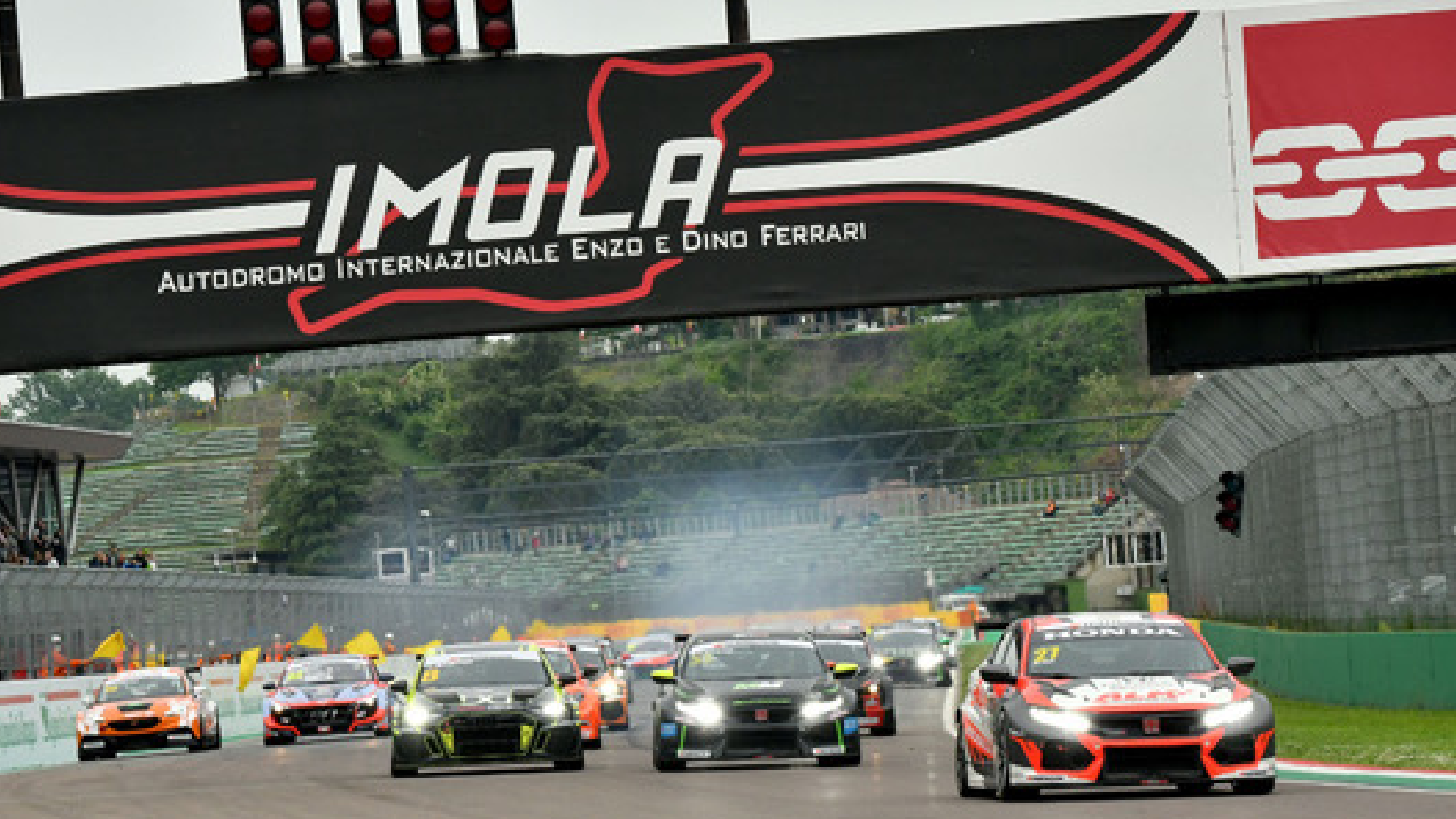 Results for each category

Italian Gran Turismo Sprint Championship
Spectacular finale of race 2 of the Italian Gran Turismo Sprint Championship. With a great comeback, which allowed them to recover almost 10", Matteo Cressoni - Kikko Galbiati (Mercedes AMG) took the victory thanks to a decisive attack by Galbiati on the last lap against Alessandro Moncini (Honda NSX), crewed with Jacopo Guidetti. Moncini was then good at keeping his nerve and containing the last attempt of José Manuel Urcera - Daniele Di Amato (Ferrari 488), who thus climbed on the third step of the podium.

TCR Italy
Race 2 of TCR Italy decided in the last three laps due to entry of the Safety Car. At the restart initial three-way duel for the victory with Matteo Poloni (Audi RS3 LMS), in the lead from the start, who, however, immediately had to succumb to the attacks first of Denis Babuin, ahead of everyone at the finish line, and then of Salvatore Tavano (Cupra Leon), second, finishing then only sixth. Third position under the checkered flag for Cesare Brusa (Hyundai i30 N).

Italian Sport Prototypes Championship
Thanks to a lightning-fast sprint at the start from the fifth row, Davide Uboldi built a mere victory in the Italian Sport Prototypes Championship. Behind him great tussle, with a penalty for Giacomo Pollini for a contact with Filippo Lazzaroni while they were fighting for second position. So on the second step of the podium went Matteo Pollini, author of a great comeback after starting from the bottom of the grid. Alessio Salvaggio's third position was excellent.

Mini Challenge
The protagonists of race 2 of the Mini Challenge did not change, with Paolo Silvestrini, Andrea Palazzo, Giuseppe Montalbano and Roberto Gentili able to make the gap from the very first lap. The first twist on the third pass, with Silvestrini out at the Variante Gresini in an attempt to resist Montalbano's attack. Then, in quick succession, Palazzo and Gentili were forced to retire after a contact while in battle with each other, leaving the way clear for Montalbano. Podium was completed by Ugo Bagnasco, second, and Alberto Cioffi, third.

BMW M2 CS Racing Cup Italy
Sparks immediately flew in race 2 of the BMW M2 CS Racing Cup Italy. First Marco Zanasi and then Jody Vullo were the victims, forced to retire. Thus gaining from the tussle was Luigi Ferrara, who thus easily repeated the success obtained on Saturday. Behind him, solo second place for Gustavo Sandrucci, and third for Manuel Lasagni.

Euro Formula Open Championship
Double round on Sunday for the Euro Formula Open Championship. In race 2, easy victory for Frenchman Vladislav Lomko who, once he took the lead, immediately put a reassuring lead between himself and his pursuers. A three-way duel for the remaining places on the podium, with Britain's Frederick Lubin getting the better of Denmark's Oliver Goethe and Italy's Francesco Simonazzi; in race 3, domination by Britain's Josh Mason, second place for Australia's Christian Mansell, third for Lubin.