The Ducati Lenovo Team is ready to embark on its 20th MotoGP season. 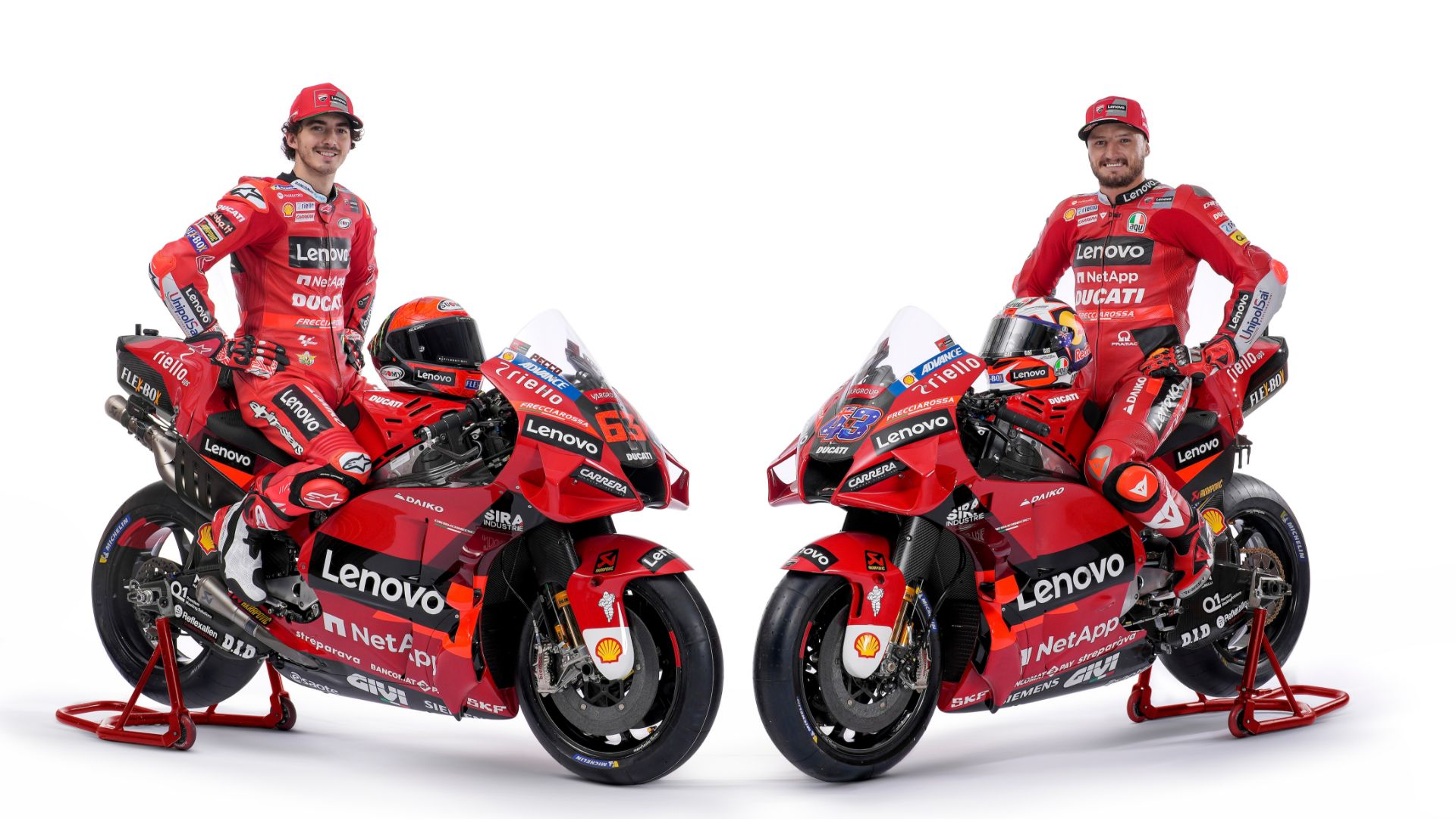 The Ducati Lenovo Team has officially launched its new racing season, presenting the team that will participate in the 2022 MotoGP World Championship, the 20th season for the Borgo Panigale based squad in the premier class. The video has been shared on Ducati and Ducati Corse's social media platforms and broadcasted simultaneously on the official Ducati and MotoGP websites and YouTube channels. In the video, the voice narrating is that of passion which, combined with talent, skill, dedication and determination, is one of the secret ingredients of the team that has been flying the Italian flag proudly at circuits around the world for 20 years.

"There is great excitement for the start of this MotoGP season. After winning our second consecutive Constructors' World Title, the desire to put ourselves to the test is great. Last season, we decided to focus on a new strategy that has given us great satisfaction, with young and energetic riders who have matured this year, strengthened by the experience gained, and ready to be even more competitive. Two more of our bikes will be added in 2022, bringing the number of Ducati bikes on track worldwide to eight. For the first time in our MotoGP history, the factory team's Desmosedici GP bikes will have a new Ducati red livery, the same colour as the bikes we sell to our passionate customers. It is a sign and testimony of the ever-closer bond between the bikes we develop for racing and those that every Ducatista can buy. Lenovo is also by our side. In addition to being the title partner of the factory team, it is also an important technology partner with whom we have achieved important goals such as speeding up data collection and analysis that have allowed us to improve decision-making processes on the track. We can't wait for 6th March to start the season in Qatar and be back cheering all together with the Ducatisti #ForzaDucati!"

"We are thrilled to start this new season. In 2021, we achieved important goals by winning our third constructors' title, our second teams' title and closing the riders' Championship in second place with Francesco Bagnaia. Pecco grew a lot during the last Grands Prix of last year, scoring four wins and nine podiums. We are sure that he will be one of the main contenders in the Championship this season. Alongside him will be Jack Miller, who showed his talent on several occasions last year, scoring five podiums, including two thrilling victories, and who, like Pecco, has the potential to challenge for the title. It will not be easy, and we know that the fight in the Championship will be even fiercer. There are several strong riders, and the other manufacturers have certainly worked during the winter to make their package even more competitive. However, we have also been working hard over the past few months to give Pecco and Jack a Desmosedici GP 22 bike that will allow them to be main contenders in every race and any condition. It's going to be a very challenging season with twenty-one Grands Prix currently confirmed, but we're ready and looking forward to getting on track to reap the benefits of our hard work."

"I'm happy for the start of this new season. We've ended 2021 on a high, and I hope to continue 2022 from where we left off last year. My team and I have grown a lot since then. I feel good with my team, and I'm sure that we can do great things together. The Desmosedici GP in this new colour is even more beautiful, and I can't wait to get back to racing with it. The goal for this season will be, as always, to constantly improve and be competitive in every race. We'll aim to bring the MotoGP riders' title, as well as the teams' and manufacturers' titles, back to Borgo Panigale".

"The Championship is finally about to start, and I feel ready more than ever to face this new season. Having another year of experience in MotoGP under my belt definitely makes me feel stronger, and I feel I have improved a lot, both physically and mentally, compared to 2021. It will be my second year with the Ducati Lenovo Team, a group of people who are really passionate about Motorsports, and I feel lucky to be part of it. Being a factory Ducati rider is a source of pride, and it means having the support of many fans, not only in Italy but also all over the world. I can't wait for March and be able to head out on track for the first race of the year in Qatar!"