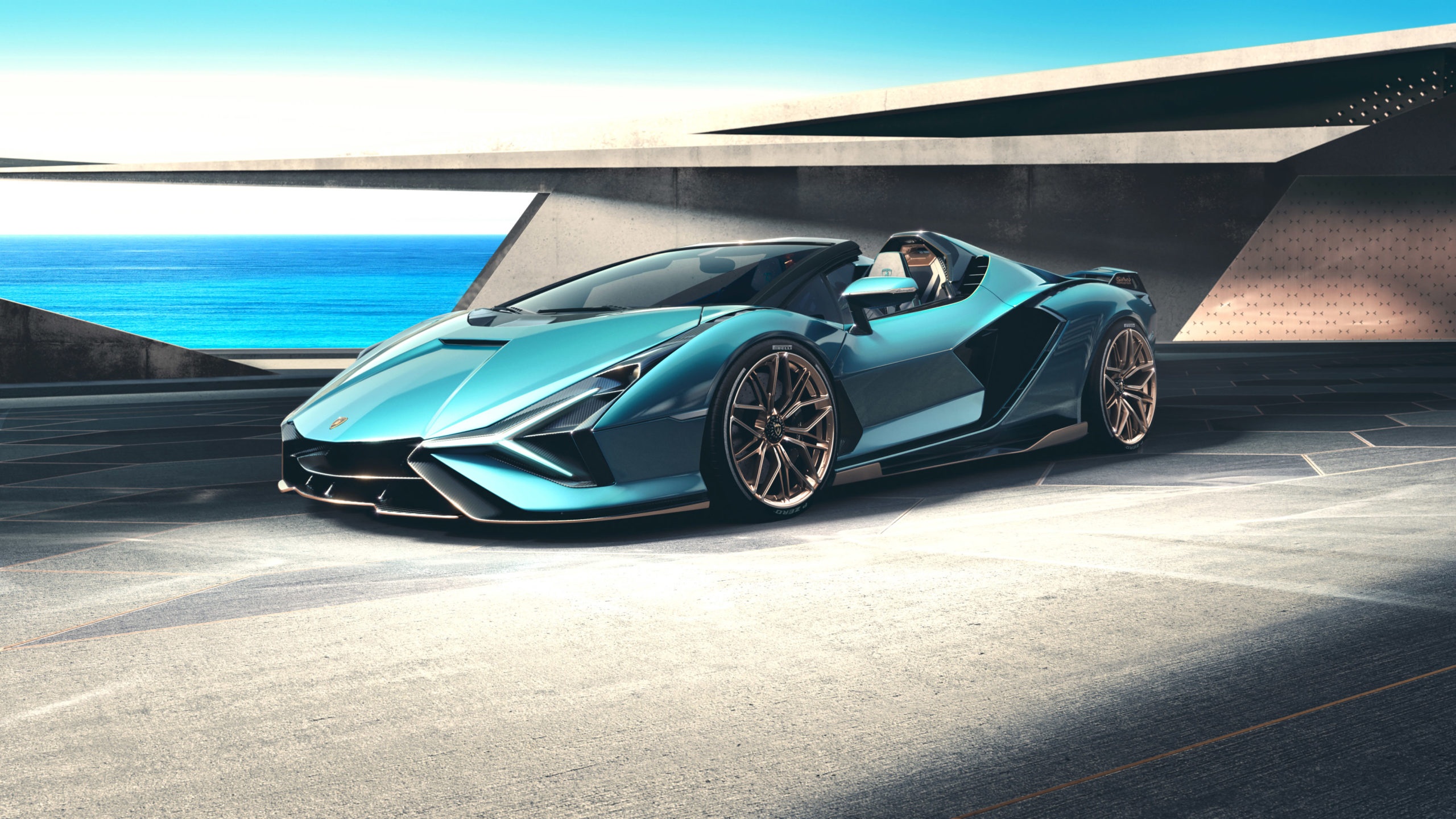 The full name is Lamborghini Sian Roadster and it is the most powerful Lambo spider in history. This is thanks to the 819 HP of its hybrid system capable of accelerating it from 0 to 100 km/h in less than 2.9 ", to reach 350 km/h of maximum speed.

This is the same powetrain as the Sian coupé, where alongside the naturally aspirated V12 - derived from the Aventador - brought to 765 HP there is a 34 HP electric motor powered by a 48V network that does without classic lithium-ion batteries , preferring much more powerful (and lighter) supercapacitors. 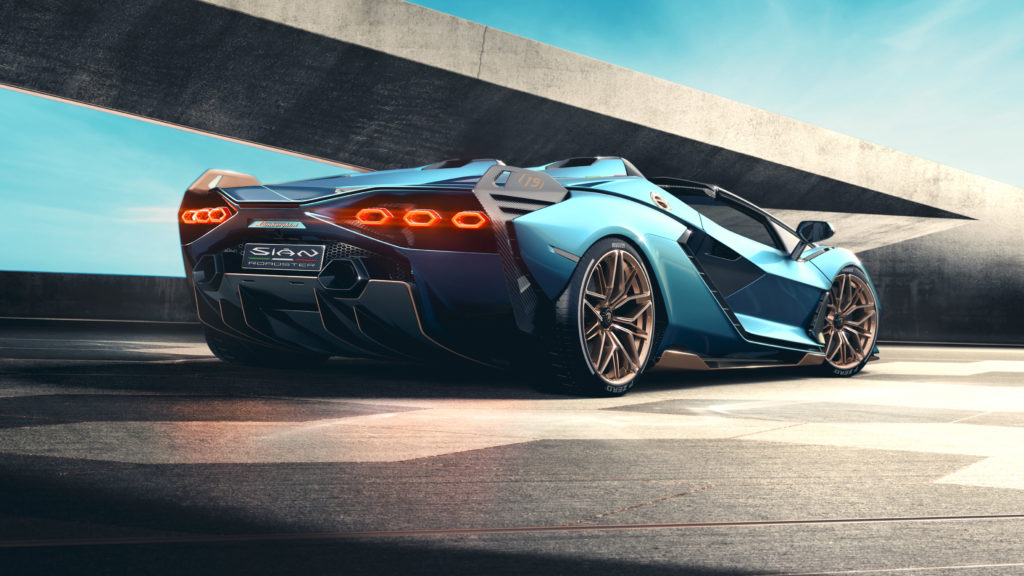 Outside the Lamborghini Sián Roadster differs from the coupé by the absence of the roof, while the rest of the forms are absolutely identical. Shapes designed to ensure the best possible aerodynamics, with the air guided by the front splitters and the slit on the hood passes through the side vents and then exits above the rear spoiler.

Spoiler with variable geometry, able to open and close automatically according to speed, so as to crush the Toro roadster on the ground. Aerodynamics active as the cooling fins are also active, sensitive to the temperature variations generated by the exhaust and thus able to activate themselves completely autonomously. All 19 specimens produced have already been sold. 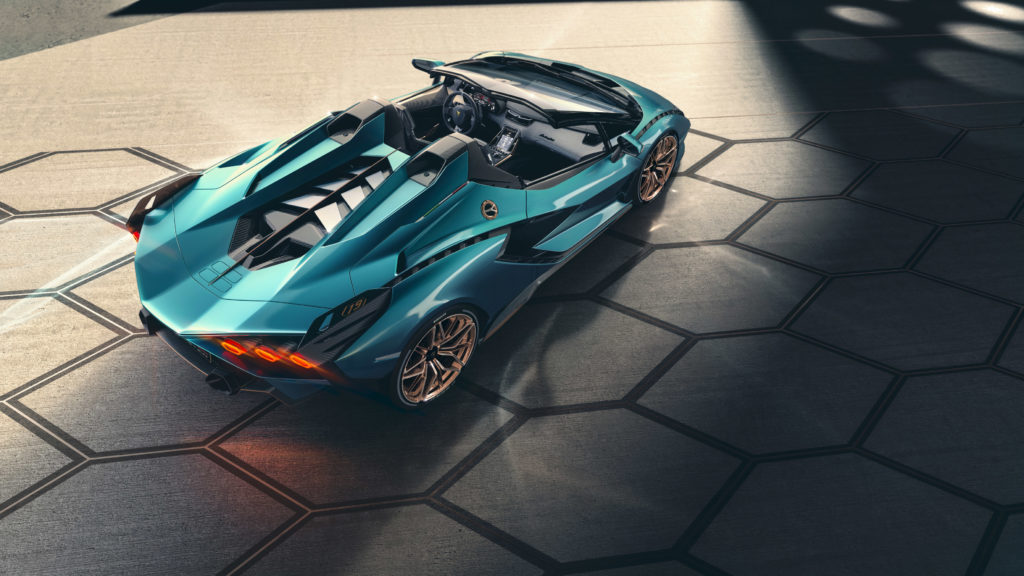