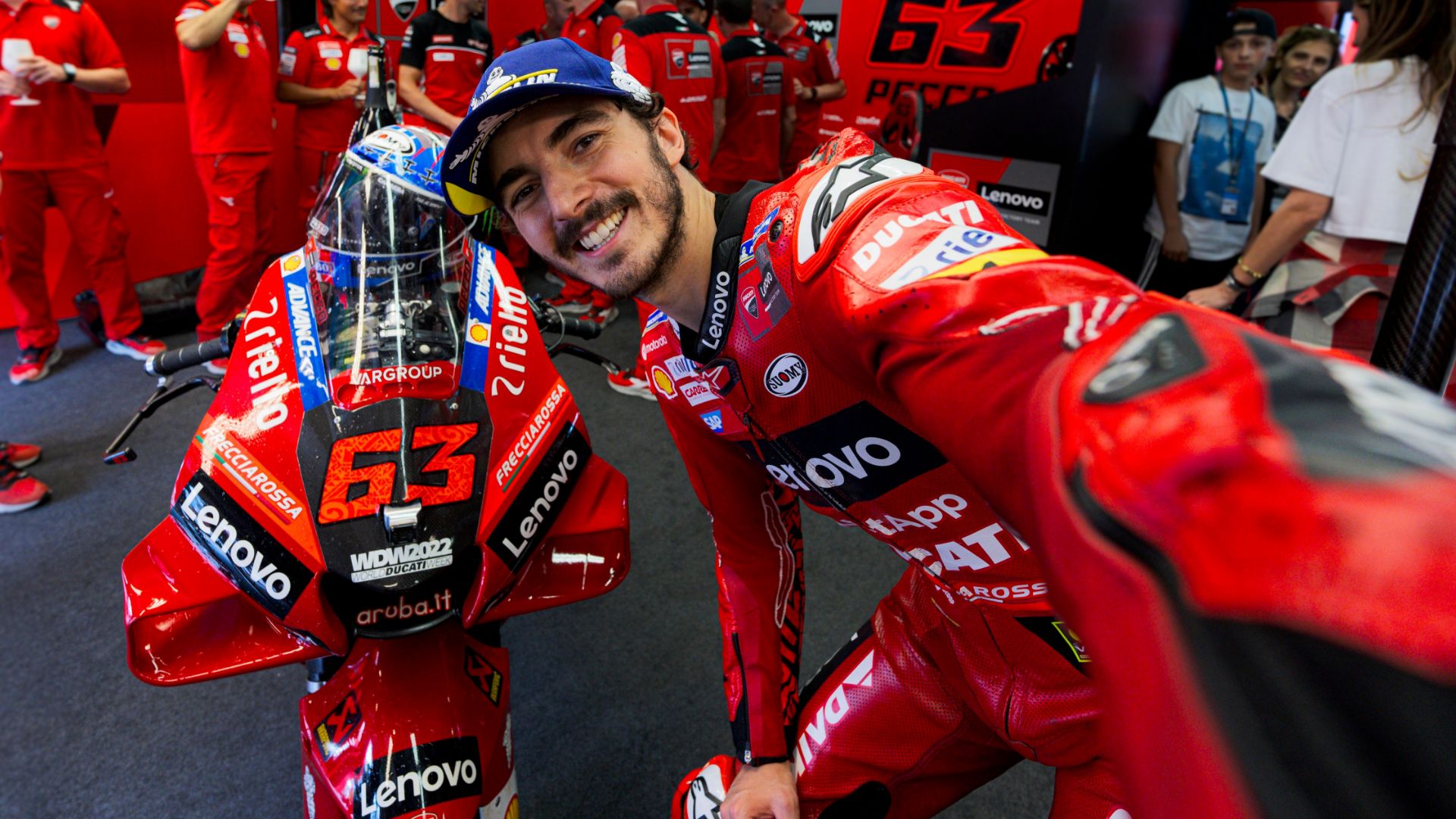 It was another dream Sunday for Pecco Bagnaia and Ducati, who scored their second win of the season in front of their home crowd at the Autodromo Internazionale del Mugello. The Italian rider, who started from fifth on the grid, did an incredible race in the MotoGP Italian GP this afternoon at the Tuscan track. Eighth on the first lap, the Ducati Lenovo Team rider wasted no time, and, after passing Johann Zarco, Brad Binder, Aleix Espargaro and Fabio Di Giannantonio, he was then able to slip past both Luca Marini's Desmosedici GP and Fabio Quartararo's Yamaha in a single move, moving up into second. After four laps, Pecco finally passed Marco Bezzecchi as well, gaining the lead of the race, where he stayed until the end, managing his advantage over the Championship leader Quartararo, who finished second. Thanks to today's result, Bagnaia moves up to the fourth position in the overall standings, 41 points behind the Frenchman. Ducati increases its advantage in the Constructors' Championship to 59 points, and the Ducati Lenovo Team is now second, just 7 points behind the leader in the Teams' classification. On the other hand, Jack Miller finished an unlucky race, only fifteenth. As he got off from the fourth row, the Australian rider had a difficult start, ending up on the grass in an attempt to immediately recover positions. Twenty-second on the first lap, Miller tried to make a comeback but struggled to find his rhythm. After today's race, Jack drops back to eighth in the Championship, 18 points behind his teammate.

"For us Italians, this is a very important race, so this is definitely a special victory. Mugello is a challenging track, but we worked all weekend perfectly to achieve this result, and we did it. Yesterday in FP3, I destroyed the bike, but my team worked so hard to allow me to use it today in the race, so I have to thank them! After the start, I found myself bottled up, and some riders passed me. I knew that by staying calm, I could make a comeback. I'm happy, and I think we really deserved this win."