Fanatec GT World Challenge: in Misano comes the best result of the season for Valentino Rossi. 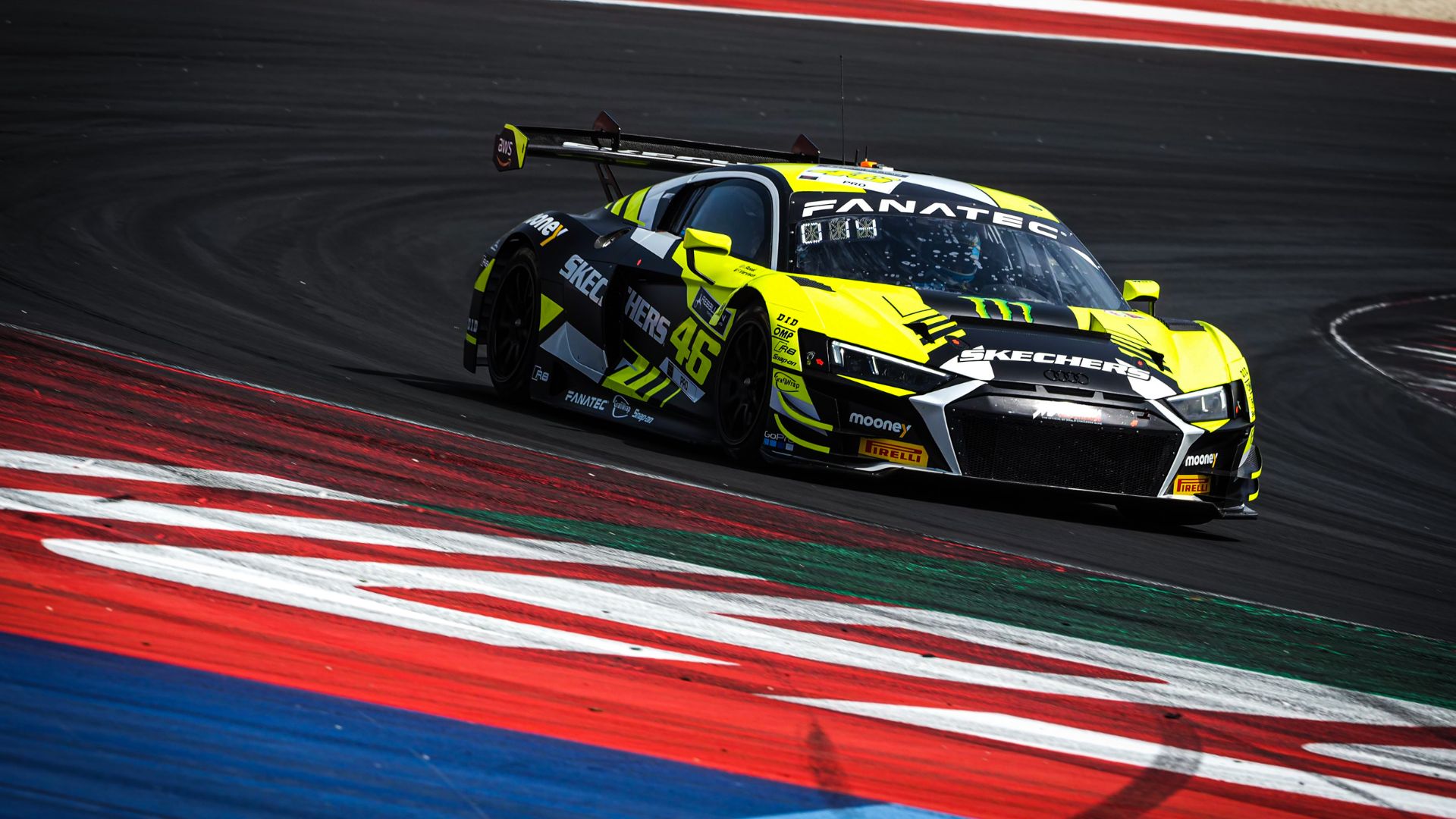 Under a blue Rimini Riviera sky, the race was held in front of a large crowd that came for the vast majority to see Dr. Rossi drive a GT car for the first time on his home circuit.

They were all rewarded with an excellent performance by the Italian, who, together with teammate Frédéric Vervisch, achieved his best result, 5th at the end of the Fanatec Sprint. The final victory went to the other Audi of Weerts and Vanthoor, also winners in Race 1.