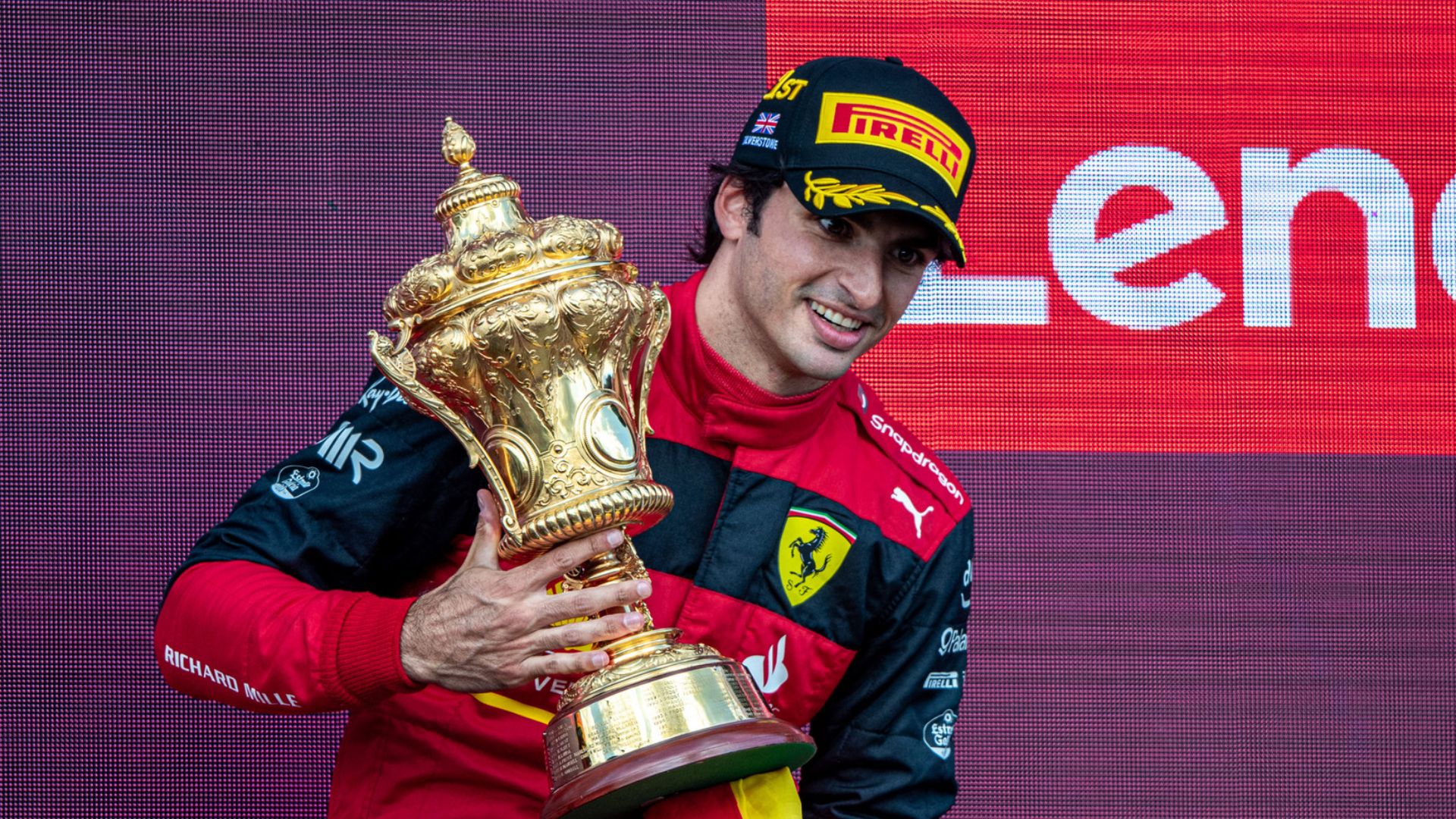 At his 150th attempt, Carlos Sainz is a winner in Formula 1, first past the chequered flag in the British Grand Prix at Silverstone in his F1-75. For Scuderia Ferrari it’s the third victory of the season and its 241st overall. Carlos is thus the 40th driver to win for Ferrari, the second Spaniard after Fernando Alonso. He brings the total number of drivers who have won a world championship Grand Prix to 112. It has been an almost perfect weekend for Sainz, after he took pole yesterday. Charles Leclerc drove an aggressive race, featuring several duels on his way to a fourth place finish. A Safety Car a few laps from the end, after Esteban Ocon stopped on track, did not work in his favour.

"What a day! Winning my first F1 GP and with Scuderia Ferrari in front of this amazing crowd, at one of my favorite tracks, Silverstone, is literally amazing. Mentally it was one of the toughest races I’ve done: managing the gaps, lots of fights on track, the second start. We struggled a bit with understeer and on the second stint we had to save fuel in order to make it to the end, so the lift-and-coast put me at risk from the cars behind. However, as soon as the Safety Car came out, we knew it was paramount to change the tyres as mine were pretty old. At the restart, I had fresher tyres but we were fighting for a 1-2 as a team, so I tried to be as clean as possible in overtaking Charles. Thanks to the fuel saved behind the Safety Car we could then push until the end and finally I got my first win. I will enjoy it for today but we’ll immediately start working on preparing for the next one."