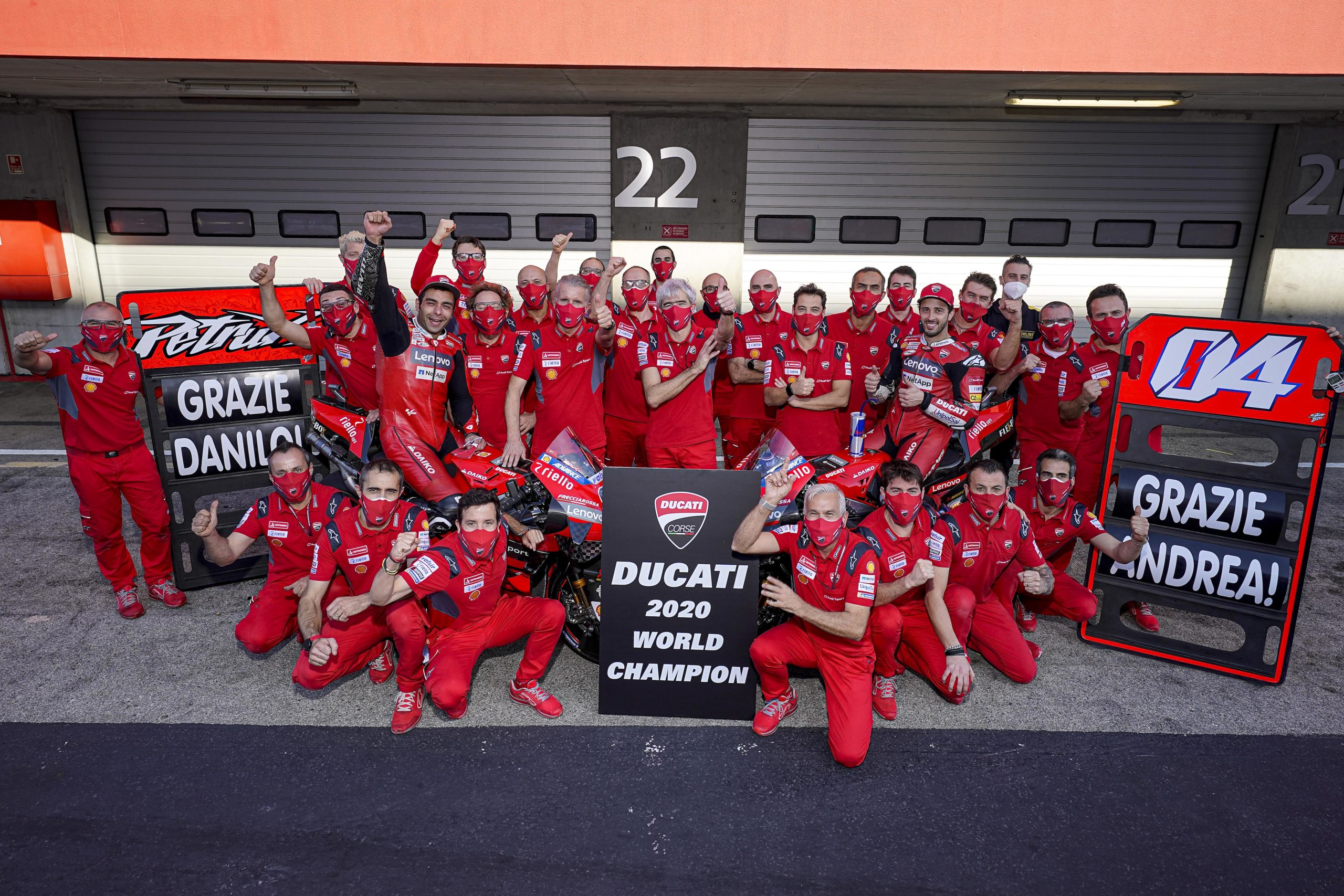 13 years after its first success, Ducati has won its second Constructors' title in 2020 MotoGP.

The Bolognese manufacturer reached first place with 221 points thanks to the Ducati Team riders Andrea Dovizioso and Danilo Petrucci, and to the Esponsorama Racing Team riders Jack Miller, Francesco Bagnaia and Johann Zarco. 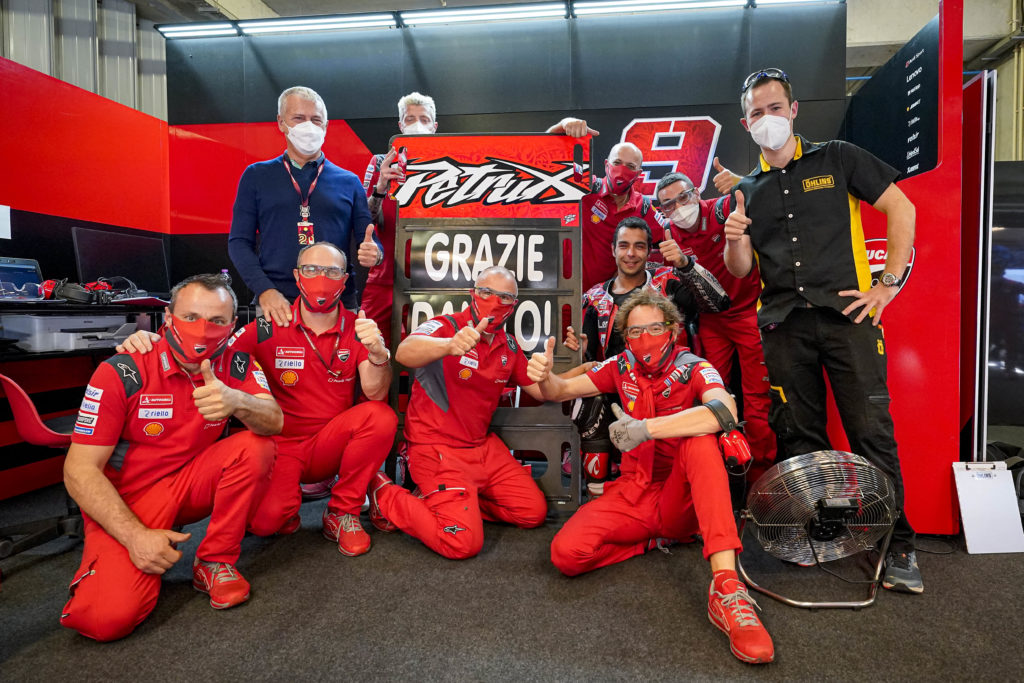 A day full of emotions that of Sunday 22 November also for Andrea Dovizioso himself. In fact, the rider ends his career riding the red from Borgo Panigale after eight seasons, with a total of 14 wins, 40 podiums and 6 pole positions. Dovizioso, who finished in sixth position, obtained the fourth position in the general classification, just 4 points behind Rins.

After two years with the Ducati Team and four with the Pramac Racing Team, this was also the last GP for Danilo Petrucci. The driver finished the last race of 2020 in sixteenth place and in the overall standings in twelfth position. Both have achieved many victories over the years, giving us unforgettable emotions. 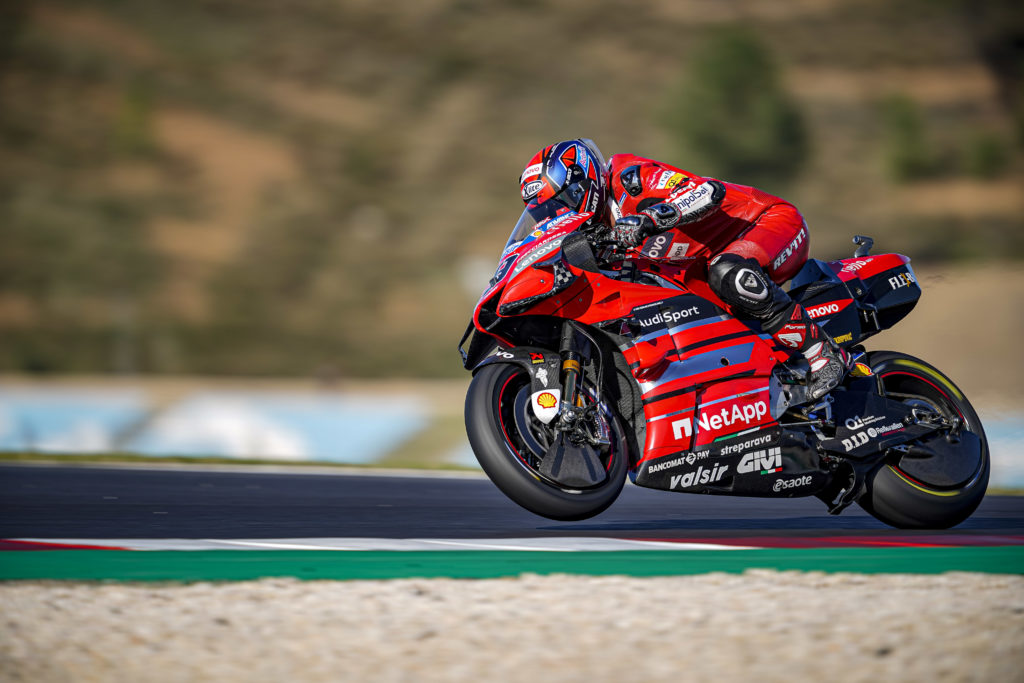 Great pride for Claudio Domenicali, Luigi Dall’Igna and the whole Ducati Team who, despite the difficult season and the complicated moment that the whole world is facing, managed to reach the second Constructors' title with passion, dedication and hard work. 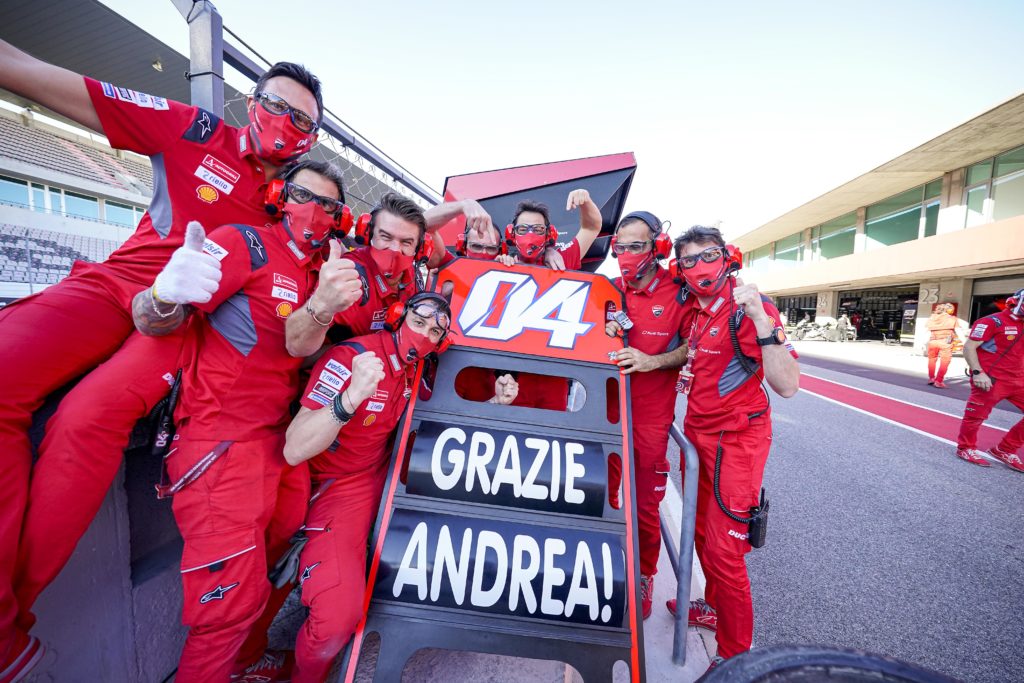