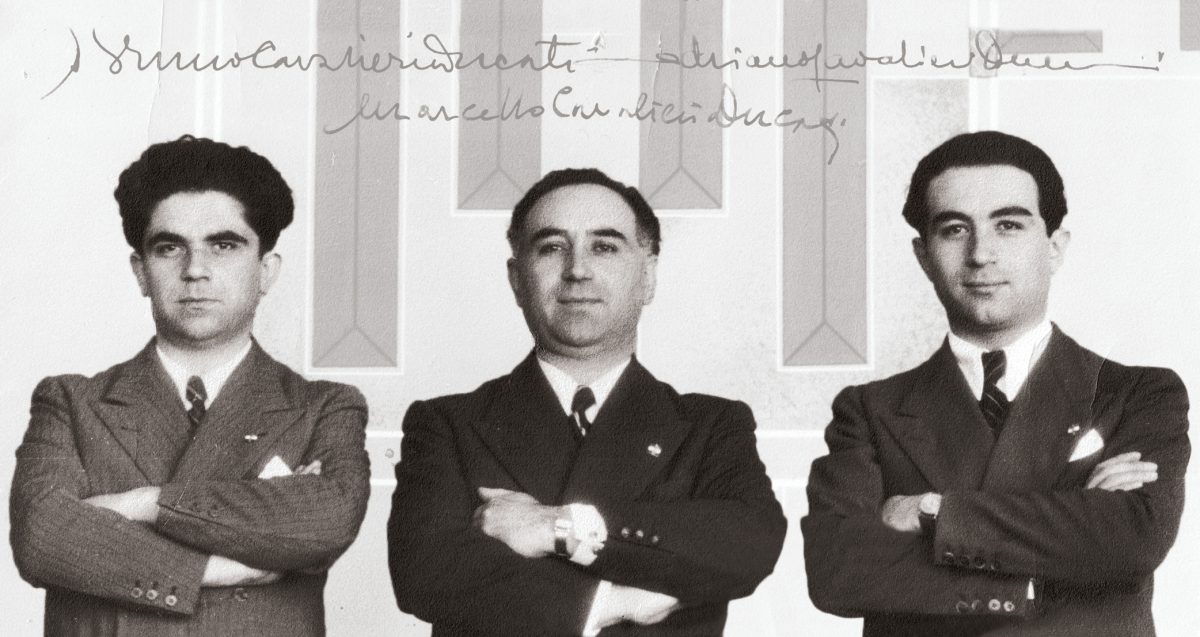 The Borgo Panigale Reds are an icon of beauty, speed and technological innovation: a benchmark in the motorcycling industry and of Italian production across the world. But behind Ducati’s triumph in the two-wheeled world is a long story of adventure and resilience, which all started with one dream, three brothers (Adriano, Bruno and Marcello), and an object that has absolutely nothing to do with motorbikes: the radio.

It’s 1924, a year of immense cultural turmoil for Italy and the year of its first radio transmission. Inspired by this “technological revolution”, the eldest of the three brothers, Adriano Ducati, a budding physics student, built a short-wave transmitter with which he successfully connected his house in Bologna to the United States: an invention that saw him appointed Cavaliere della Corona d’Italia (the equivalent of a knighthood), becoming the youngest Italian to receive such a title at just 21 years old. Adriano’s invention was most appreciated for its convenience: whilst the device created by the Father of Radio Guglielmo Marconi consumed 2000 watts, his barely used 90.

1926: the beginning of the Ducati dream.

In the wake of the enthusiasm that spread across Bologna at that time, the Ducati brothers founded the “Società Scientifica Radio Brevetti Ducati” on 4 July 1926. The original birth of the company should actually be attributed to their father and industrial engineer Antonio Cavalieri Ducati, using the proceeds from the sale of several landholdings to make the dream a reality together with his sons and a few of his local friends.

The first Ducati site was located in the heart of Bologna in via Collegio di Spagna 9: a small workshop with two workers and one secretary. The company’s share capital amounted to 100,000 lire and production was primarily related to condensers for radio-receivers: the famous “Manens”, which immediately took the market by storm. And so, the three brothers decided to expand beyond national borders. They began to ship samples to all corners of the globe, and in 1926 they received their first “memorable” overseas order from an Argentinian client, who purchased 3000 Manens. In light of the success of their products and the company’s newly intensified shipping commitments, the brothers decided to set up subsidiaries abroad: England, France, Northern Europe, New York, San Paolo and Buenos Aires were just some of the locations conquered by Ducati, accompanied by major deals in Asia and Africa. 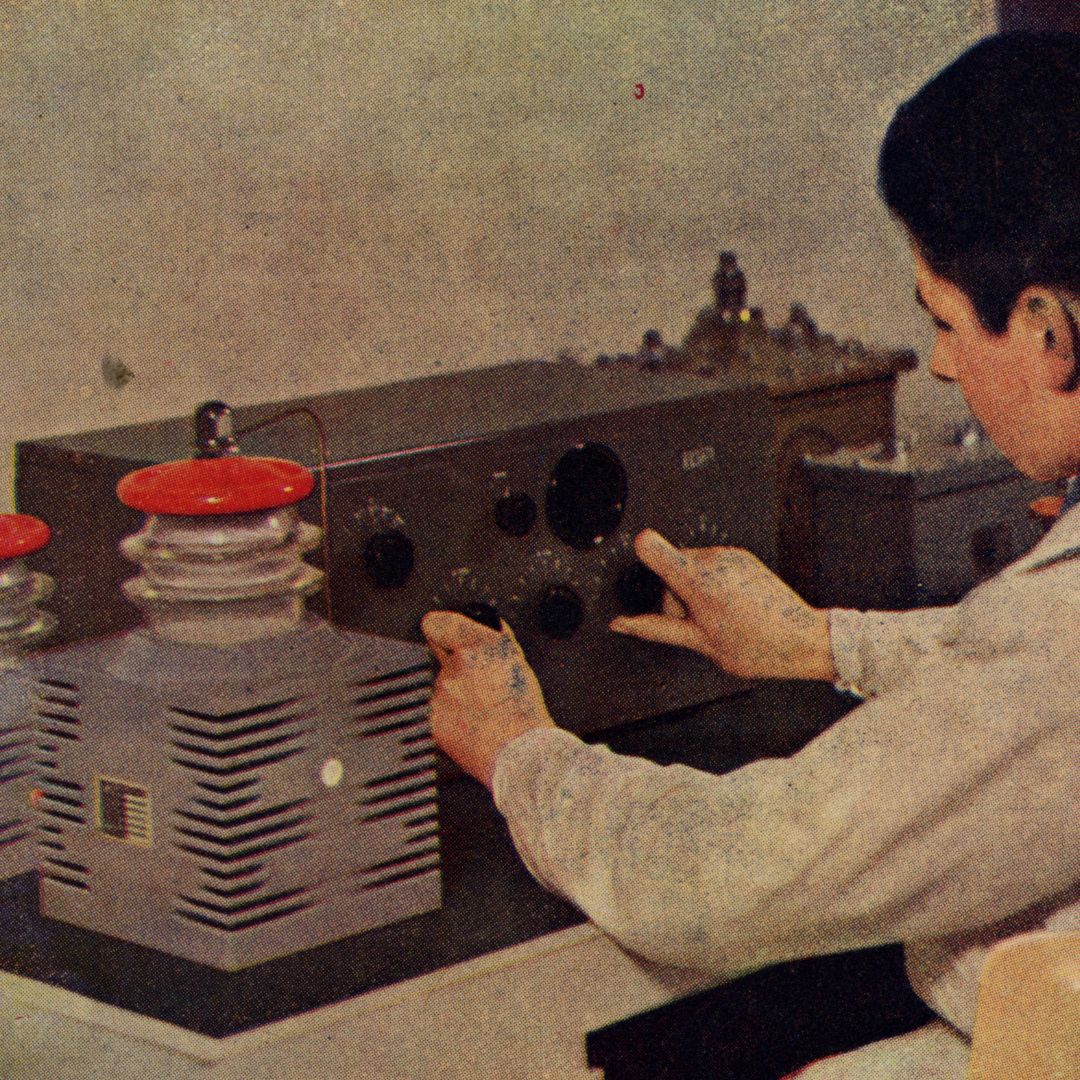 Ducati became so successful that in the ‘30s it was crowned “best Bolognese company”, winning the Rusconi Prize Gold Medal. Its reputation attracted several important visitors, including physics Nobel prize-winner Guglielmo Marconi, the King, and the Crown Prince. By 1935, over the course of just 10 years, two workers had become 7000, 70% of the company’s products were now being exported to 45 countries across the globe, and its head office had been transferred to Borgo Panigale. The factory was expanded with the addition of a foundry, state-of-the-art machine tools, such as the Genevoise (a machine for the micro-perforation of steel), and a Mechanical Measuring Centre for metalworking. From just condensers, production was expanded to antennae and “Radiostilo” radio transmission systems. An optical department was subsequently launched for “Bimar” nocturnal binoculars, and a mechanical department for the production of “Raselet” mechanical razors and “Duconta” electric calculators.

“The Borgo Panigale Ducati site was equipped with 18 km of warehouse shelving, it was like a miniature Rinascente, it literally had everything, from sheets of every kind of metal in every thickness you could need, to varnishes and pins!” 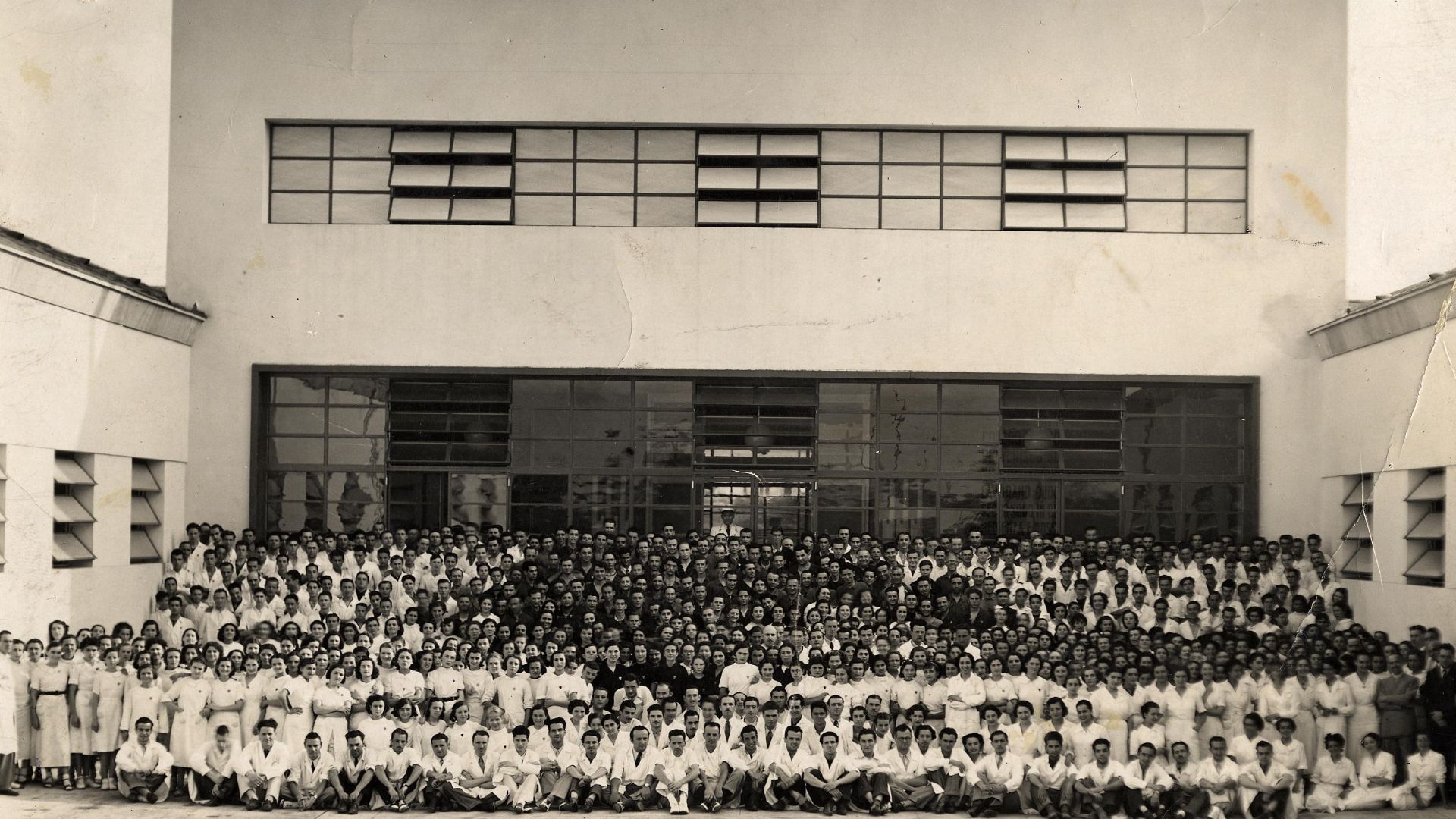 The war years and the birth of the Ducati legacy.

The arrival of the Second World War saw Ducati’s production shift from civil to military, however the Ducati machine was abruptly interrupted on 12 October 1944 when the American army dropped 100 tonnes of explosives onto the Borgo Panigale factory, completely destroying it and causing damages equal to 450 million lire.

However, the financial consequences of the conflict did not dampen the creative spirit that the company was so invested in. In secret, they began planning new projects they would launch after the war, dividing up the tasks between the Ducati brothers: Adriano was the scientist and in charge of the mechanical aspects, Bruno the architect, sketching the plans for the factory, and Marcello human resources and public relations manager. Ducati’s production site remained in Borgo Panigale, whilst its administrative activities were transferred to Milan for political and security-related reasons.

With order restored, in 1946 production was started up again, but with a change of strategy. To respond to society’s new needs, the “Cucciolo” was introduced: the first auxiliary engine that could be mounted directly onto a bicycle. Economic, lightweight, and wonderfully simple, the Cucciolo was another global success.

However, due to the damages it had suffered, Ducati’s recovery was difficult, and following several attempts to get its production moving again, on 1 March 1948 the company applied for receivership through the Court of Milan. Dr Giuseppe Veroi was appointed sole administrator whilst Adriano and Marcello became “general consultants” and Bruno maintained his role as General Manager. And like that, the three brothers gave up the driving seat of their company.

With 4300 employees, the “new” Ducati specialised in the mechanics, electronic radio and optical sectors. Production was split between two factories in Bologna and Milan: the first was used to manufacture the Cucciolo, condensers, the microcamera and the movie projector; whilst the latter specialised in the optical and mechanical industries. Just a few years into its new management, in 1953 the Borgo Panigale brand entered a new phase and two limited companies were born: Ducati Elettronica and Ducati Meccanica.

From that moment onwards, the brothers’ paths took them in different directions: Adriano moved to California to collaborate with Werner Von Braun, whilst Marcello and Bruno stayed in Milan to work on their new activities. The story of Ducati, however, continued, now in two separate branches. For Ducati Meccanica, the predecessor of the Ducati we know today, the beginning was anything but simple. The Cucciolo aside, production levels were not enough to compete with the other major Italian motorcycle companies. But a breakthrough was just around the corner: on 1 May 1954, engineer Fabio Taglioni walked through the door, inventing the revolutionary desmodromic engine and triumphing in the racing world, and subsequently igniting the unstoppable rise of the Borgo Panigale Reds.