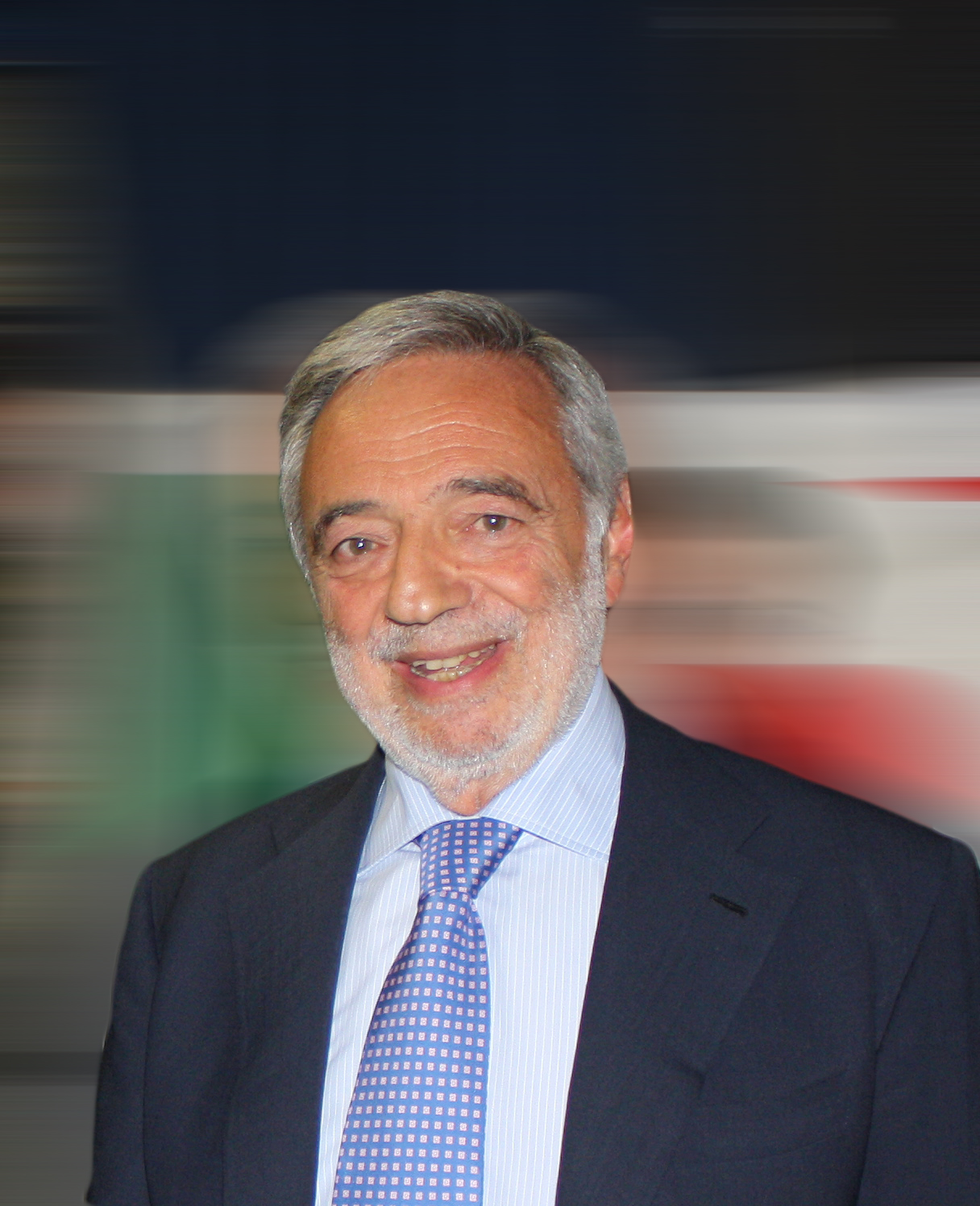 Luigi Nicolais, chemical engineer, graduated from the Federico II University of Naples. He was Full Professor of Polymer Technology and Materials Science and Technology at the same University, Director of the Department of Materials and Production Engineering, Founder and President of the degree course in Materials Engineering and Founder and President of the PhD in Biomaterials, member of the Academic Senate and President of the Science and Technology Center (1999). From 1969 to 1971 he was in the United States where in 1971 he obtained a Master of Science from Washington University in St. Louis (MO) and from 1981 to 2003 he was Adjunct Professor in the Department of Chemical Engineering at the "University of Washington" (Seattle) and from 1986 to 2004 Adjunct Professor at the Institute of Materials Science - University of Connecticut at Storrs. He was the founder and Director of the Institute for Composite and Biomedical Materials of the CNR. He founded and chaired the Technological District on Engineering of Polymeric and Composite Materials and Structures-IMAST Scarl. He has obtained numerous national and international awards including that of the Society for the Advancement of Materials and Process Engineering (SAMPE) for the service rendered to the knowledge and development of composite materials and their use. In 2000 he was appointed fellow at the American Institute for Medical and Biomedical Engineering (AIMBE), and fellow of Biomaterials Science and Engineering (BSE); in the same year, he received the George Winter award from ESB, European Society for Biomaterials. In 2003 he was included in the ranking of the Top Italian Scientists and since the same year, he has been president of the "2003 Group". He has written 7 scientific monographs as well as 700 publications in international journals and has filed over 80 patents (both Italian and international) in the sector of new technologies and advanced materials. He was a member of the Scientific Committee of numerous institutions including Federchimica, Confindustria, Alenia, Swedish institute of composites, ENEA, CIRA. He is part of numerous national and international professional societies including the American chemical society, the British society of rheology, the American Institute of chemical engineering, the Italian chemical society, from which he received in 2006 the gold medal "Sebastiano De Luca ". He was President of Città della Scienza in Naples and of the Regional Agency for Technologies and Innovation at the Puglia Region. From 2000 to 2005 he was Councilor of the University, Scientific Research and Technological Innovation and New Economy, at the Campania Region. From May 2006 to May 2008 he was Minister for Reforms and Innovations in the Public Administration of the second Prodi government (XV legislature). Between April 2008 and February 2012 he was Deputy and Vice-President of the Culture Commission of the Chamber of Deputies. He was President of the CNR from 2012 to February 2016. He is President of the COTEC Foundation - Foundation for Technological Innovation since 2012. He is co-founder and partner of I4U and I4U Consulting Service based in Montreal since 2014 and co-founder and President of the MATERIAS s.r.l. since July 2016. he has been Chairman of GETRA Engineering & Consulting Srl since June 2016. Since the same year he has been a member of the Board of Directors of the Adler Group. In 2016 he was awarded the honor of Knight of the Grand Cross to the Order of Merit of the Italian Republic. In September 2016 he was appointed President of the Real Sito di Carditello Foundation by the Minister of Cultural Heritage and Activities and Tourism (MiBACT). Additionally, he is a regular external innovation expert with Deloitte. He has been President and member of the Steering Committee of the Campania Digital Innovation Hub since November 2018. Since 2019 he has been a member of the scientific committee of the magazine entitled "Monère-magazine of cultural heritage and political institutions". He is a member of the scientific council of Management Innovation. Since March 2021 he has been a member of the scientific committee of TE.AM International Study Center for the Territory, the Environment and Cultural Heritage. Since the beginning of 2021, he has been Director of the Minister Maria Cristina Messa for Research Policies at the Ministry of University and Research.

There is perhaps one word in recent years that has become more famous in the automotive and mobility industry than “electric”: the word is “sustainability”. The issue is clearly much broader than that and affects, without exception, all activities that affect businesses and individuals. We must combat environmental and social degradation, and do so with a set of organizations, methods and
processes that are robust and traceable.