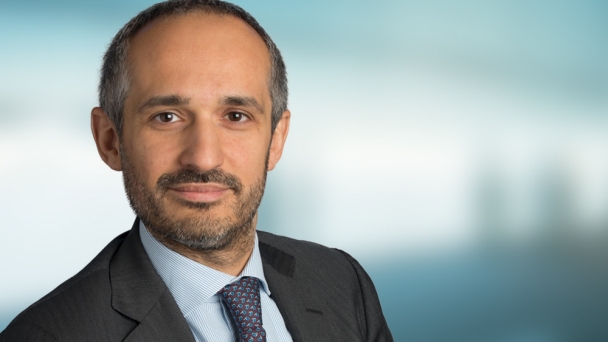 Enrico Chiapparoli Enrico is currently Barclays Italy CEO and Head of Banking for Italy and Central Eastern Europe, after leading the EMEA Automotive group for over 5 years. Prior to that, he was a founding partner at CMC Capital Limited, a London and Milan based corporate finance boutique, founded in 2012 and successfully exited in 2016, when all senior partners joined Barclays. Prior to founding CMC Capital, he was Head of Investment Banking Italy and Chairman of EMEA Automotive at Bank of America Merrill Lynch. He started his career at Merrill Lynch in 1995 and worked in Milan, London, Singapore and Seoul. In his over 25 years’ career, he advised many Italian and international clients on M&A projects or strategic financing transactions. He led transactions worth over $100bn for companies such as A2A, Advent, Apax, Aston Martin, Atlantia, Autogrill, Avis Europe, Bain Capital, Benetton Group, Buzzi, Cascades, Carlyle, CNHI, De Agostini, DoValue, ENEL, Exor, F2i, Ferrari, FCA, Geely, Geox, Hera, Hyundai Electronics, Italcementi, Italo, Leonardo, Nexi, Permira, Pirelli, STMicroelectronics, Traton, Unicredit, Volkswagen, Volvo Cars and Italy’s Treasury. Enrico is a non-executive Director at Italian Angels for Growth (IAG), Italy’s largest network of business angels, and a member of Angels4Women, a business angel community dedicated to women-led startups. He has invested in over 25 start-up companies and won Italy’s Business Angel of the Year 2020 award from Club degli Investitori. Between 2015 and 2019, he also chaired a group of US real estate companies to execute a $600m voluntary winding-up pursuant to an agreement with Italian creditor banks. In that period, he was also a Professor of Entrepreneurial Finance at LUM Jean Monnet University. He regularly lectures at Bocconi University on M&A and corporate finance. He also co-authored “Mergers & Acquisitions”, a college textbook on the subject. He is part of AIBE’s Executive Committee, ABI’s General Council and a member of Aspen Institute Italy and The European House Ambrosetti. He holds a BSc degree in International Economics from Bocconi University and attended the General Management Program at Harvard Business School

14:30 | 16:00 - THE COMPETITIVE FORCES OF THE WORLD OF FINANCE FOR OLD AND NEW TECH COMPANIES, SERVICES AND THE ROLE OF OPEN INNOVATION

It is easy to say the world is continuously changing. After 10 years of overall a reasonable solid growth with very low levels of inflation and a strong globalization process, now after a very likely unwise declaration of new sustainability targets leading to speculative, unstable energy prices, logistic costs have skyrocketed, supply chains were disrupted, globalization looks unsustainable in terms of risks and costs. How does this affect the world of fintech? What role can open innovation play in this context? How do large companies interpret these phenomena and how do they make them pay off?