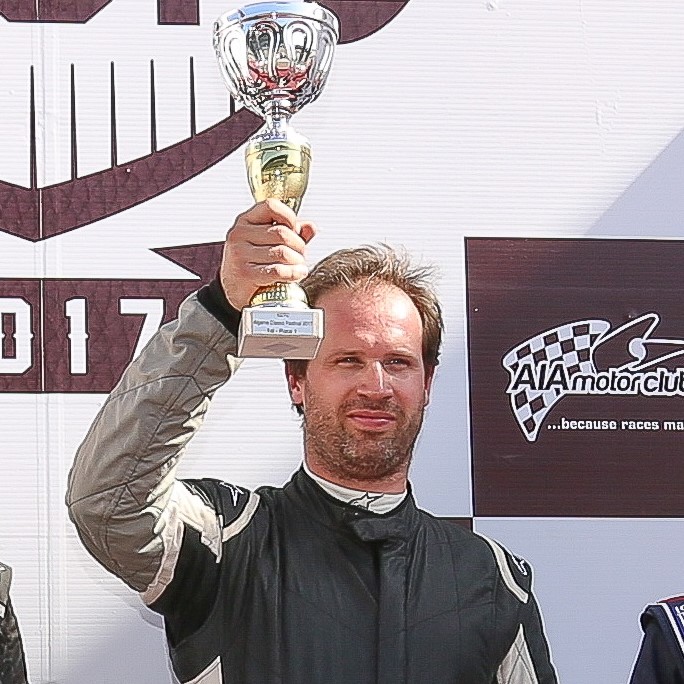 Born into a family of Alfisti, Max grew up surrounded by 105 series cars, dreaming of one day driving them whilst his father Richard restored them. At 17 with first driving licence, Max spent hours driving Richard’s 1600 GTA Stradale on the roads honing his driving skills. By 18, Max was circuit racing a 105 Sprint GT, modified to GTA looks and took it upon himself to develop the car for ever higher performance, winning many races alongside his brother Andrew. At 21, Max built, with fanatical attention to detail, a GTA Replica based on the technology of his race car but tuned and adjusted for fast road and trackday use. Every year Max would drive the car 10,000kms (mostly at the Nurburgring) constantly developing the car for increased performance, reliability, and comfort, to compete against modern trackday offerings such as Porsche 996 GT3 and BMW M3CSL, the pinnacle of this development achieving a sub 8 minute lap time at the Nordschleife. The development was the start of what would in the future become the Alfaholics GTA-R with final evolution to carbon-fibre bodied GTA-R 300 (300 bhp/tonne). Now, 20 years later, the Alfaholics GTA-R 300 is giant killer & household name, but all developed from these simpler days and Max’s constant passion to develop and modify these fabulous and humble cars to compete shoulder to shoulder with the then latest offerings from Porsche & BMW.

Max heads the GTA-R build programme at Alfaholics, personally managing every build with the customer, helping them create their dream specification. Every GTA-R built is personally road tested, fettled and signed off by Max prior to shipment. Max is also in charge of the product development department, prototyping, testing and signing off the manufacturing the very latest in GTA-R evolution components.