MotoGP, Misano: from Quartararo's title to Rossi fest, the many emotions of the past weekend. 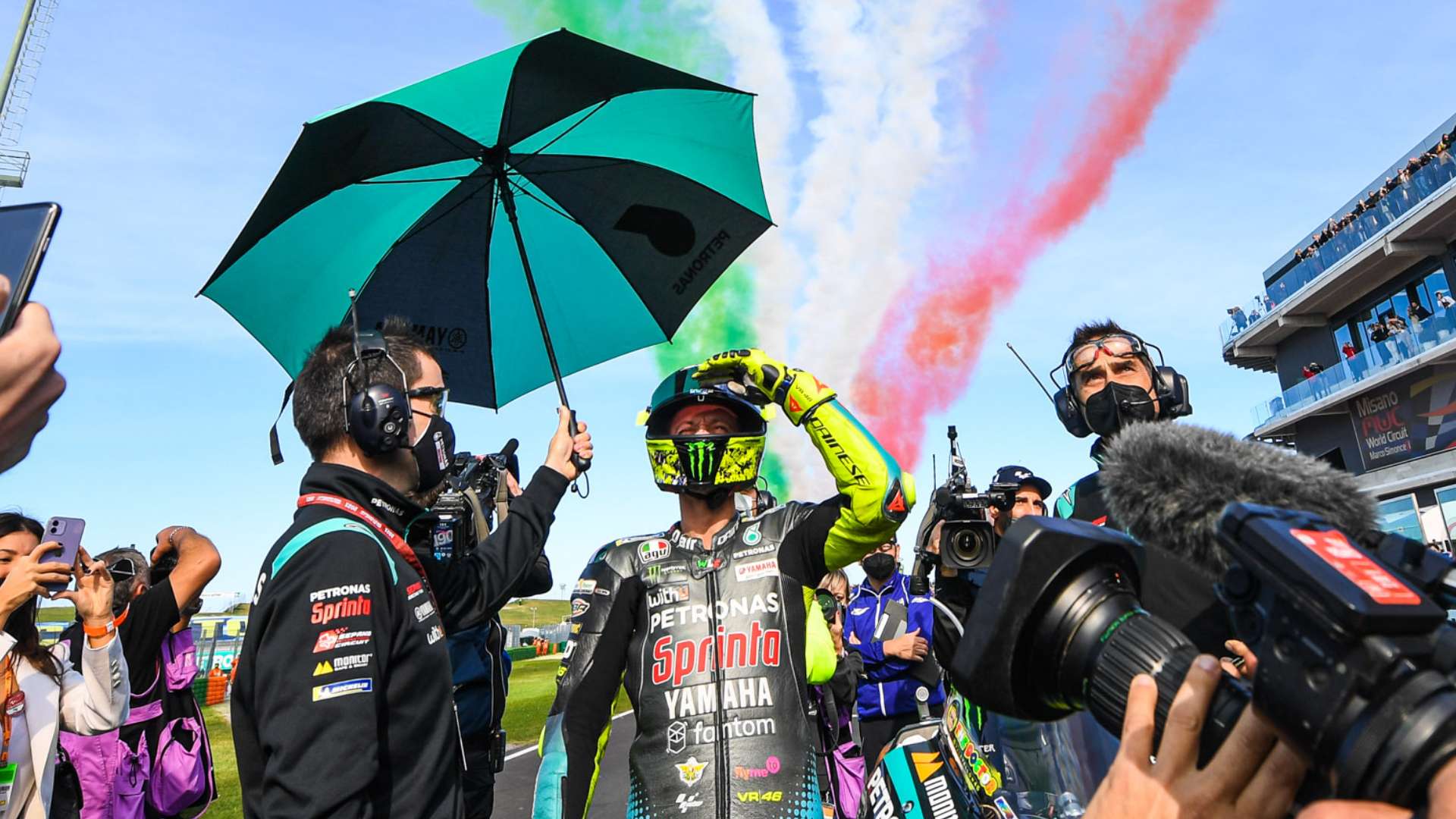 There were 66,448 spectators throughout the weekend, who crowded the Misano Adriatico circuit for the Grand Prix of Made in Italy and Emilia-Romagna. A sporting event full of themes and emotions; from the conquest of the world championship by Fabio Quartararo - also thanks to the unfortunate fall of Pecco Bagnaia - to the second victory in a row of a rediscovered Marc Marquez. From the oak tree planted on the hill of the circuit for the 10th anniversary of the death of Marco Simoncelli to the celebration of the festive and emotional farewell to Valentino Rossi by all the fans of the Motor Valley.

Thanks for everything Valentino Rossi: the greeting of the fans in Misano with great emotions

Welcomed by a "yellow tide" and by the Frecce Tricolori - flying in the sky of Misano before the start of the Grand Prix that consecrated Fabio Quartararo as world champion - the 'Doctor', at the end of the race received from the hands of Minister Luigi di Maio the award 'Icona del Made in Italy nel mondo' (Icon of Made in Italy in the world), wanted by the Minister of Foreign Affairs and International Cooperation to celebrate the successes of the rider from Tavullia not only on the world motorcycling circuit. 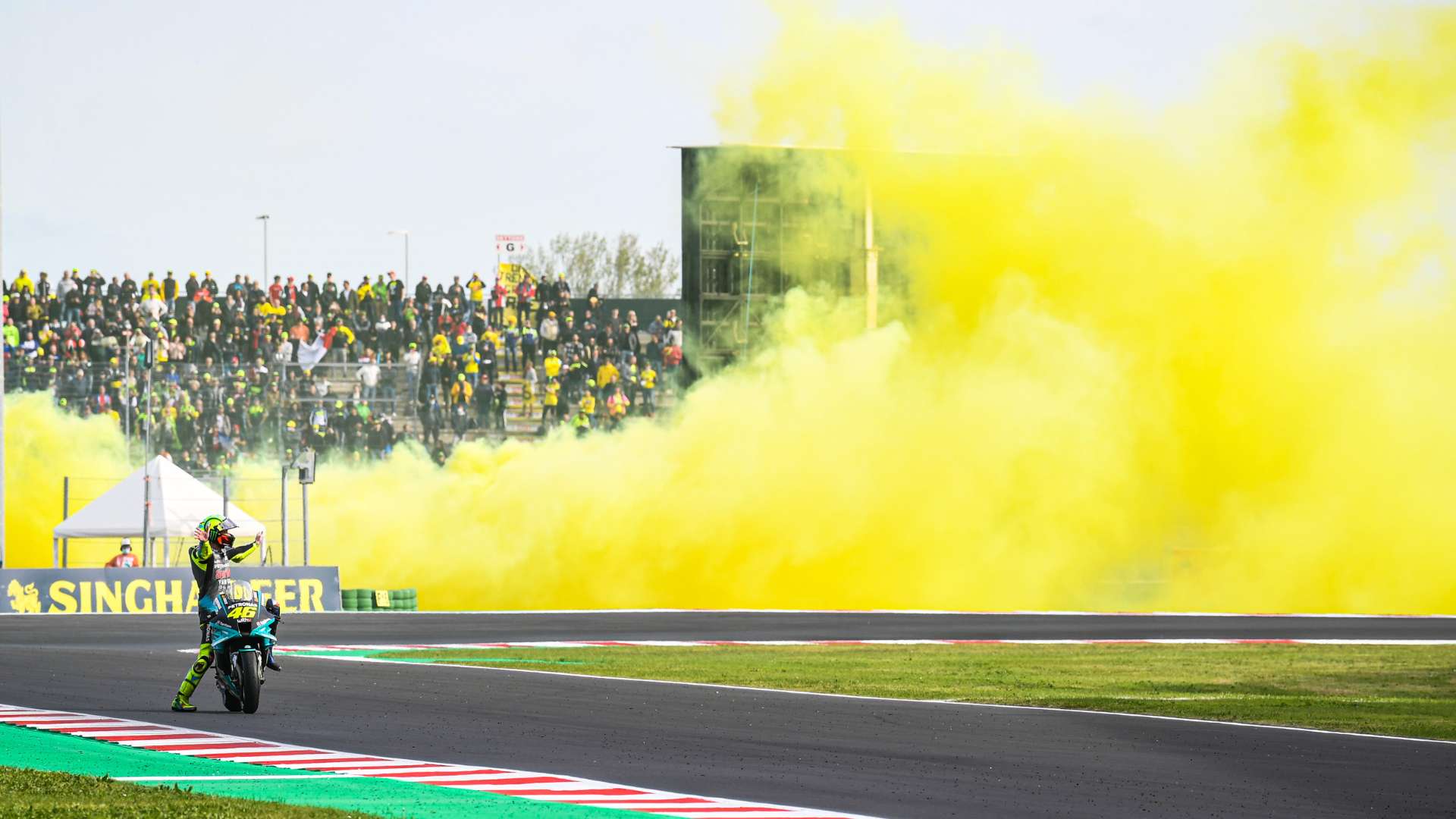 The Grand Prix of Made in Italy and Emilia Romagna had an unfortunate ending for the Ducati Lenovo Team riders, who were both forced to retire in this afternoon's race at the Misano World Circuit "Marco Simoncelli". Starting from pole position alongside Jack Miller, second in yesterday's qualifying, Pecco Bagnaia had managed to hold the lead after the start, followed by his teammate, who remained in second place. The two Ducati Lenovo Team riders immediately started to push, trying to gain ground on Marc Márquez, who was right behind them. However, Miller crashed on the fourth lap, ending his race prematurely. Alone in the lead, Bagnaia continued to push and built up a small gap on the Spaniard with five laps to go, but on the same lap, he lost the front at turn 15 and was forced to retire. As a result of Pecco's crash, Fabio Quartararo took the 2021 MotoGP title today, while the Ducati Lenovo Team rider remains second in the Championship. After the first sixteen rounds of the 2021 MotoGP season, Jack Miller is now fifth in the riders' standings. Ducati continues to lead the Manufacturers' Championship, while the Ducati Lenovo Team is second in the teams' classification. 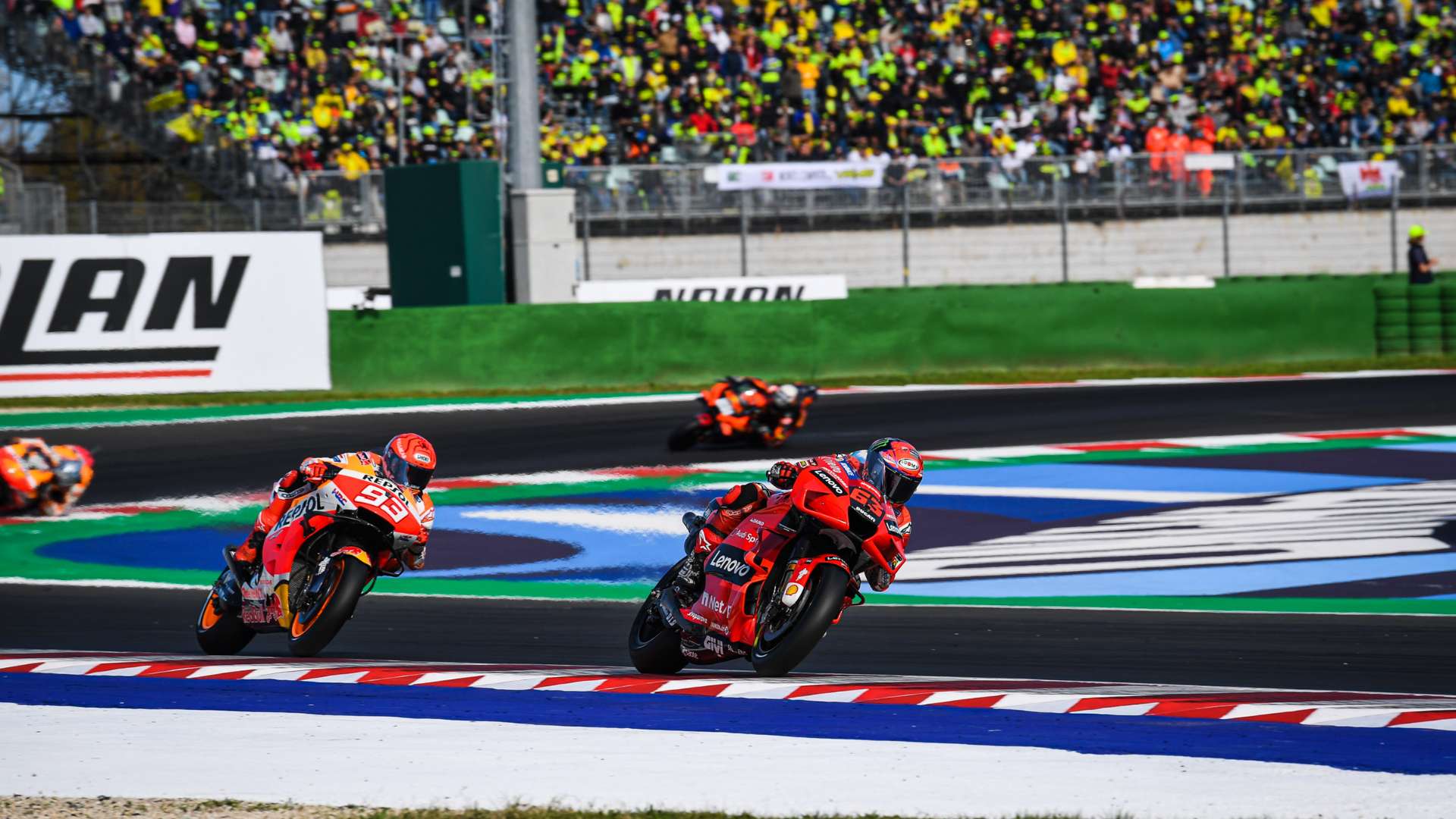 At the Grand Prix of Emilia-Romagna in Misano Adriatico, the official Yamaha rider Fabio Quartararo conquered his first title in MotoGP, winning the world championship following the fall of Francesco Bagnaia (Ducati), who could still contend for the championship. "El Diablo", finished 4th in his race behind the winner Marc Marquez, Pol Espargarò and Enea Bastianini. 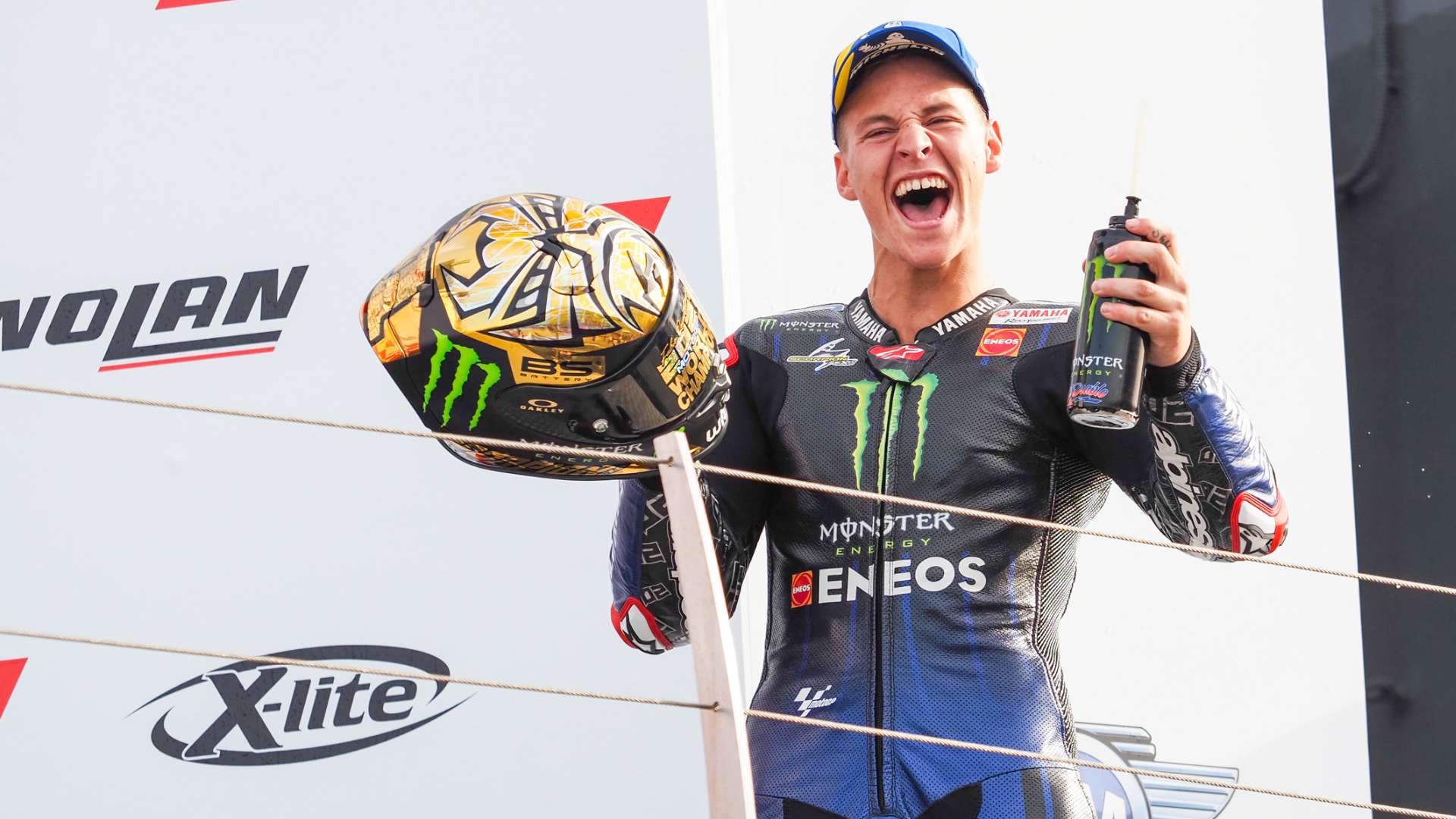 In Misano an oak tree to never forget Marco Simoncelli

On Saturday, the day that marks the 10th anniversary of Marco Simoncelli's death, images of the oak tree planted at the 8 (the curve called the Quercia because once upon a time, when people turned in the opposite direction, there was an oak tree there) arrive from Misano. Shortly after the inauguration, a rainbow arrives to make that moment even more special. The father: "Marco is there. The oak is a strong, sincere tree that represents him perfectly". 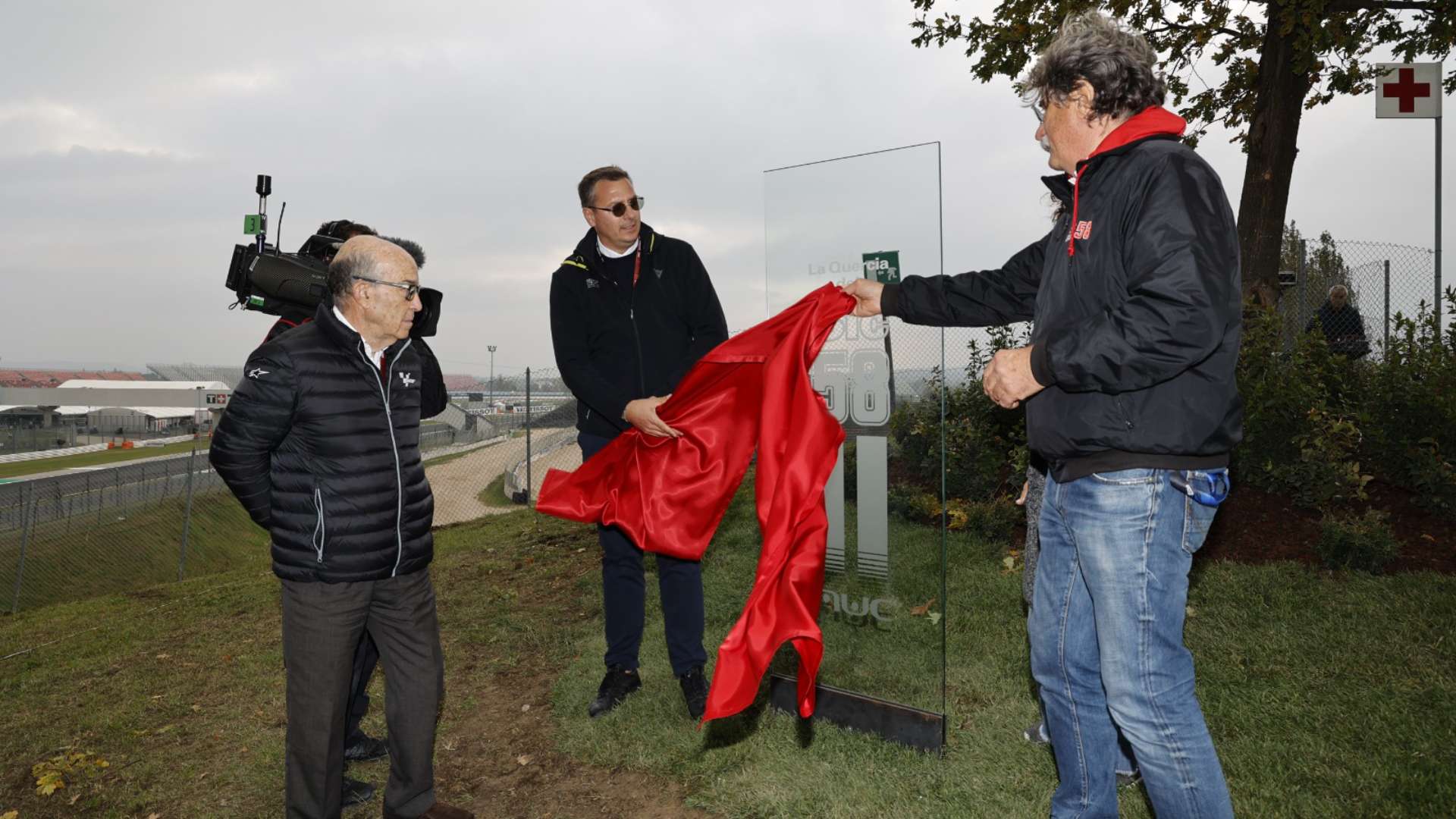