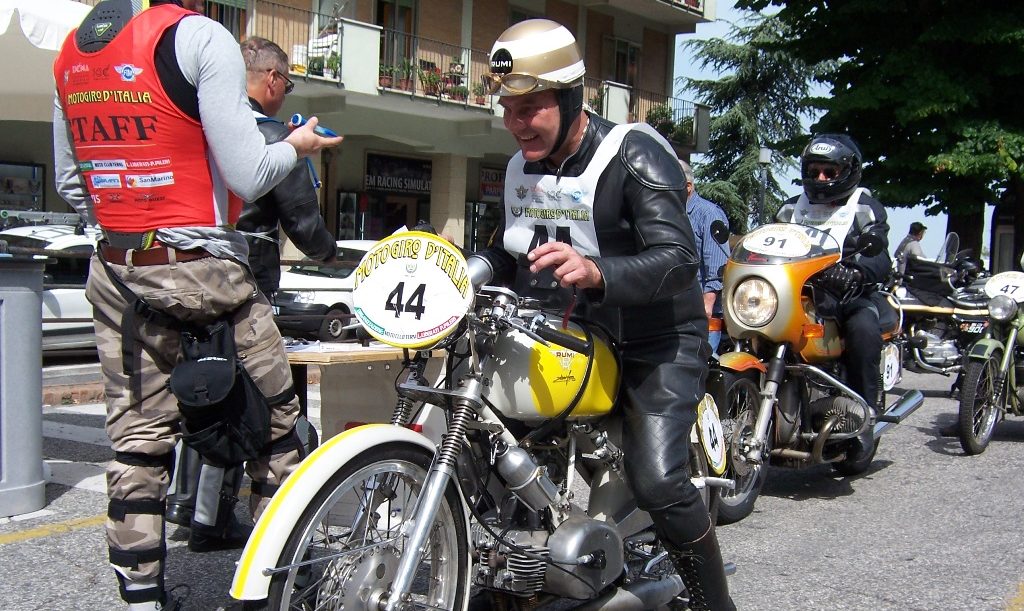 The Motogiro d'Italia is the historical re-enactment of the most ancient and prestigious Italian motorcycle race in stages. Founded in 1914, the Motogiro has been so successful thanks to the Italian Motorcycle Federation between 1953 and 1957, when it became a true legend for two-wheel enthusiasts.The Motogiro d'Italia was proposed again in 2011 in a 20th anniversary commemorative edition and once again invited enthusiastic participants to once again come back and relive the sporting spirit and the passion of the golden years of motorcycling. The editions from 2001 to 2007, realized thanks to the support of the main sponsor Ducati Motor Holding, marked the rebirth of the Motogiro d'Italia, hosting the best in Italian motorcycle production: Ducati, Morini, Moto Guzzi, Benelli, MV Agusta, Bianchi, Gilera.

Around the Motor Valley
Involved Organizations